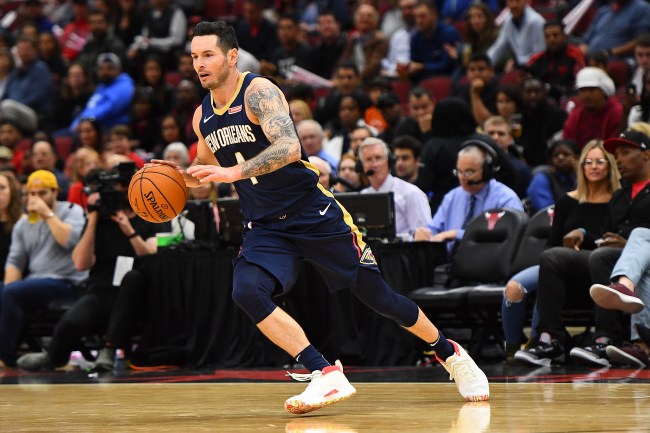 JJ Redick has never played basketball for a New York City team. He went from the Duke Blue Devils to Orlando, Milwaukee, Los Angeles, then off to Philly from 2017/2018, and now he’s in New Orleans.

While playing for the 76ers in Philly, JJ Redick was living in DUMBO, Brooklyn. This doesn’t make a whole lot of sense to me given that NYC and Philly are close enough where you can commute for day trips but far enough where commuting back and forth on the regular would be a MASSIVE pain in the ass.

He’s made a total of $91,845,008 on the court throughout his NBA career and once you tack on the money he’s earned from endorsements then I guess he’s more than wealthy enough to afford a commuter place in Philly (and NOLA) in addition to his DUMBO apartment but I still don’t understand why he’d live in Brooklyn to begin with when he’d never worked in NYC.

Reddick got paid $23 million for the 2017/2018 season with the Sixers and he’ll be making $12.25 million this year with the New Orleans Pelicans, so it’s unclear what he’ll do with this industrial warehouse apartment in DUMBO (in terms of upgrades), but before makes any of those decisions he let Architectural Digest into his home to show off his unique Brooklyn pad.

Thankfully for me, and all my questions, JJ Redick’s first words in this video are explaining why he lives in NYC, a question I’ve been wondering for years.

I never took JJ Redick for a guy who would outfit his bathrooms with Louis Vuitton inspired wallpaper but he’s a man full of surprises. Choosing to live in NYC just to be closer to their family is a pretty badass reason to live in NYC even though you’ve never worked there.

After all, NYC is by far the greatest city in the world. Why shouldn’t he live there?

For a more in-depth look at Redic’s DUMBO duplex, you can click here for the article on AD.