Check Out The 87-Acre Ranch Joe Montana Is Selling In Wine Country Near His Home For Just $3.1M 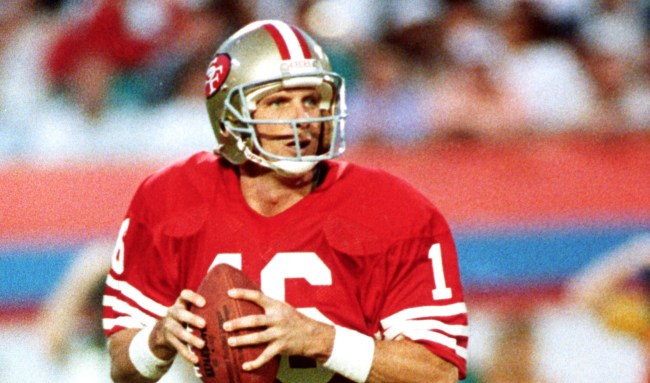 Call me crazy, but an 87-acre ranch in Calistoga, California, the heart of wine country, owned by NFL legend and Hall of Famer Joe Montana, who lives just down the road, should go for more than $3.1 million, shouldn’t it?

Forget Montana’s autograph being a great collectible, you can own his freaking ranch!

As if the details really matter, according to the property’s listing on Realtor.com, “Access to this beautiful two legal parcel site, totaling 87.25 +/- acres, is over a private gated bridge entrance. The parcels boast spectacular vineyard views, a lake, 11-stall breezeway barn with tack room, covered arena, round pen and ranch office with arena activity viewing, bathroom and storage.”

Montana has owned this estate for two decades after buying it in 1998 for $1.8 million, reports the Los Angeles Times. It sits near a 500-acre property with a mansion that Montana listed for sale at a price of $35 million seven years ago, but has since pulled off the market.

So if you can swing around $16,582 a month for mortgage payments and can drop $620,000 as a down payment, you can live on property previous owned by and near one of the all time greatest quarterbacks in NFL history.

Here’s some video of a nearby property in Calistoga. Take a look and tell me you wouldn’t want to live there.