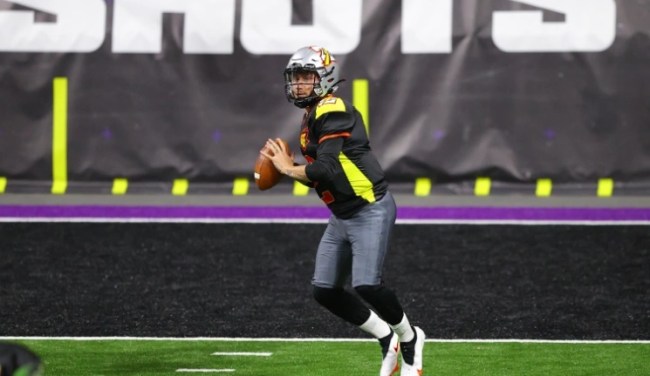 It didn’t take long for Johnny Manziel to get his first highlight in the Fan Controlled Football League.

In his first snap of the game on Saturday the former NFL quarterback nearly rushed the length of the field for a touchdown.

Manziel would rush for a TD a few plays later.

Manziel’s most electric play came during an extra point.

It’s cool to see Johnny Football having fun on a football field after everything he’s been through.