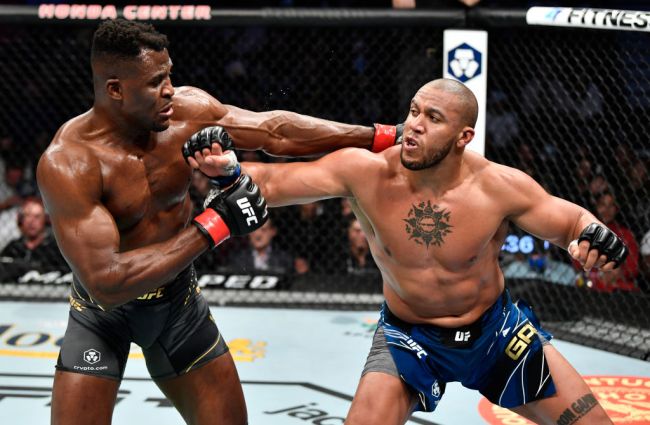 Jon Jones was not overly impressed with what he saw from the top two heavyweights in the UFC.

On Saturday night, Francis Ngannou defeated Ciryl Gane via unanimous decision in a fight that was low on fireworks.

After the fight, Jones, who has been interested in moving up to heavyweight, took to Twitter to bash Ngannou and Gane.

If this is the Apex of heavyweight fighting, I’m excited about it. Got some more records to break