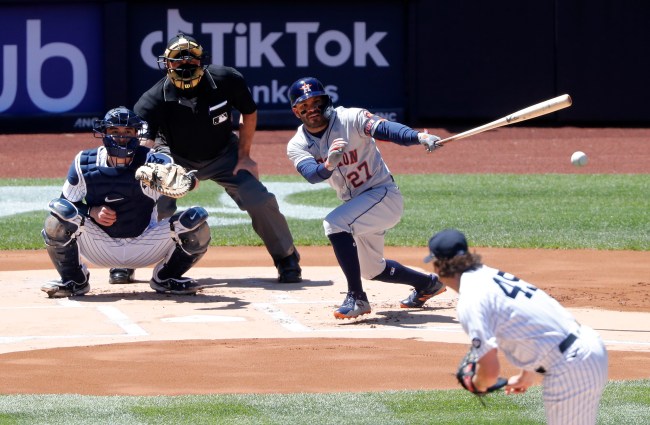 Jose Altuve has been getting crushed by Yankees fans all week but it seems like he’s finally getting his revenge against them.

Not too long after getting trolled by Yankees fans, Altuve hit a three-run go-ahead homer in the 8th inning.

The birthday boy gives the @Astros the lead. pic.twitter.com/fJyxHSybPU

That’s one way to shut up Yankees fans.