Juventus Shares In Free Fall With Ronaldo Under Investigation 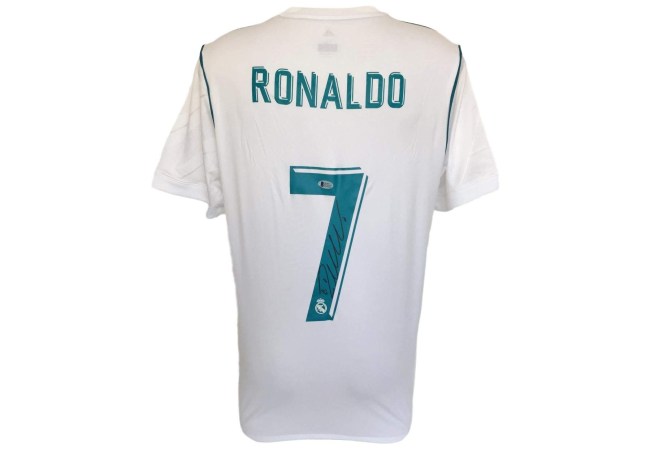 Juventus Shares in Free Fall with Ronaldo Under Investigation

Italian football club Juventus has decided to publicly defend Cristiano Ronaldo despite allegations (and some damning evidence) that the Portuguese star raped a woman in 2009. The allegations, filed as part of a civil suit, have since prompted Las Vegas authorities (site of the allegations) to re-open a criminal investigation. Ronaldo has dismissed the accusations as “fake news”, but has yet to explain the $375,000 settlement the American woman received (in exchange for signing an NDA) or the document detailing the night where he admitted “she said no and stop several times.”

It’s easy to understand why Juventus has been so vocal in their support of Ronaldo, they need him if they’re going to win the Champions League for the first time since ’96 and there’s a fortune riding on his availability. Aside from the broadcast revenue Juventus could claim by going deep in Champions League competition and the increased interest from sponsors, Serie A broadcast rights (both domestic and international) expire at the end of the ’20-’21 season and it’s been estimated that they are upwards of 30% more valuable ($500 million, $25 million/club) with Ronaldo playing for Juventus. It’s worth noting that a $25 million boost to the bottom line would increase the club’s revenue by +5% ($442 million in ’17).

Fan Marino: Ronaldo continues to play for the Juventus as the allegations and corresponding investigation hang over his head. On Saturday, he scored his 4th goal of the season leading the club to a 2-0 win over Udinese. While his club team continues to run him out on the pitch, his country is not; Ronaldo has been left off the Portugal national team for 2 upcoming matches and Head Coach Fernando Santos said the player would not return for a series of international matches in November.

Madison Square Garden Co. has filed with the SEC to spin-off its professional sports franchises into a new publicly traded company, with its live entertainment remaining under the MSG ticker. The division of assets (expected to be completed in H1 ’19) will “enable investors to more clearly evaluate each company’s assets and future potential, while providing both companies with increased strategic flexibility.” The filing reiterated the company does not intend on selling either of its marquee sports franchises (see: Knicks, Rangers), though it plans on unloading the WNBA’s New York Liberty.

Howie Long-Short: We’ve been waiting for this shoe to drop since the rumors first started flying in June. Upon the deal closing, MSG will consist of Madison Square Garden Arena, the Hulu Theatre at Madison Square Garden, Radio City Music Hall, Beacon Theatre, the Chicago Theatre, the Wang Theatre, the L.A. Forum, the Radio City Rockettes and the Christmas Spectacular, MSG’s booking business (think: college basketball, boxing), their majority stakes in Tao Group (62.5%) and Boston Calling (a festival/concert promoter), the company’s JVs (Azoff-MSG Entertainment and Tribeca Enterprises) and the planned Sphere projects in Las Vegas and London. “New” MSG will own 1/3 of the shares in the newly formed sports company and will retain $1 billion in cash. Legacy shareholders will control 2/3 of MSG Sports. Shares declined -3% on the news, closing at $300.62 on Friday 10.5.18.

In August, the company reported the percentage of revenue generated by its sports teams had dropped from 60% (last 3 years) to 50% in fiscal ’18, indicating Dolan’s diversification plan is working. MSG shares are up +42.5% YTD.

Fan Marino: The newly traded public company will be comprised of the New York Knicks (and their G-League affiliate the Westchester Knicks), the New York Rangers (and their AHL affiliate the Hartford Wolf Pack), their majority stake in Counter Logic Gaming, Knicks Gaming and a training facility in Greenburgh, NY. Dolan intends on running both companies, so fans shouldn’t expect many (if any) changes to team operations.