Take A Look Inside The Insane Oceanfront Dream House Kevin Durant Is Selling For $13.5 Million 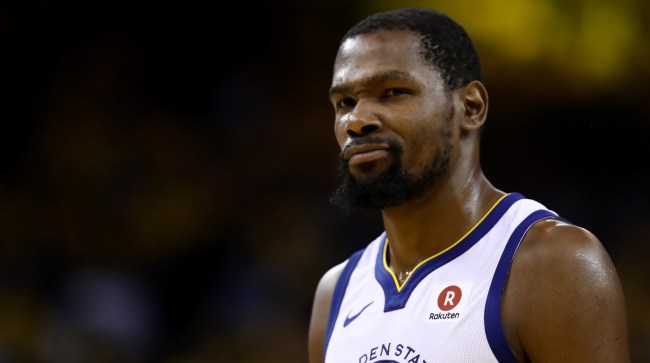 Uh oh… Kevin Durant has listed his home in Malibu. Does putting his insanely lavish beachfront home up for sale mean he will be leaving the Golden State Warriors?! Quick, someone check to see if he’s recently purchased any property in New York.

While we wait to find out, let’s check out the place Durant is going to be giving up.

Some off-court NBA fodder: Kevin Durant has popped his Malibu home on the market for $13.5 million. He bought the place nearly a year ago to the day. https://t.co/Wc9FUj7Y2T pic.twitter.com/QZ8W6GcwPr

Spectacular ocean and whitewater views from this completely remodeled home off Broad Beach. Situated on a private, gated street this home offers vaulted ceilings with an open floor plan and disappearing walls of glass showcasing the majestic cove. Wide plank French oak floors throughout, an expansive great room with fireplace, ocean front dining table with seating for 10, and a Calcutta marble kitchen. Complete with four bedrooms and six bathrooms, including the master retreat and private guest suite with a spa and balcony leading to the beach. Other features include a massage and exercise loft, library, elevator and media room with a projection, wine wall and kitchen perfect for entertaining.

And the “rent” will run you around $54,381 per month in mortgage payments, with a $2.699 million down payment, of course, according to Compass.com.