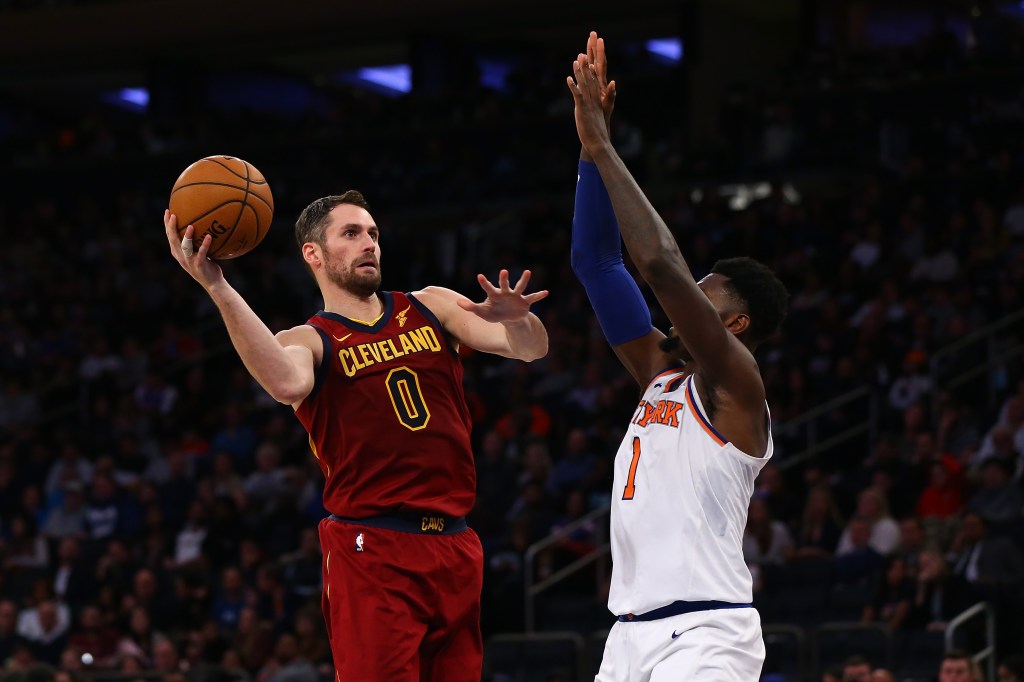 Kevin Love is a very wealthy man. He’s been in the NBA since 2008 after he was drafted 5th overall by the Timberwolves. He won it all with LeBron and the Cleveland Cavaliers in 2016 and has been named to the NBA All-Star Team on five occasions.

To date, he’s earned $204,003,178 in NBA contracts and is set to make $31.25 million next season and $28.94 million the season after that. That’s just the money he’s earned on the court and not at all factoring in his investments or sponsorships. There’s not much he can’t afford in the (realistic) realm of real estate.

Kevin purchased a 3-bedroom apartment in TriBeCa last Spring. For anyone out there that isn’t familiar with NYC geography, it’s in lower Manhattan and Kevin has waterfront views of the Hudson River. TriBeCa is an incredibly desirable place to live. Two years ago a penthouse at 70 Vestry St. sold for $55 million. There’s currently a $16.95 million penthouse listed at 140 Franklin Street.

Then there’s Kevin Love’s 3-bedroom apartment that doesn’t look like what you might expect from a guy who has earned over $200 million in his career but the closer you look the more you realize that every detail of this apartment was carefully chosen by Love who grew up in the Pacific Northwest. This apartment is a fusion of classic TriBeCa style with the American West. Just look at his custom Navajo Print x Carbon Fiber Chairs from Ralph Lauren. I’m not sure I’ve ever heard of carbon fiber being used in chairs but it’s very clearly something Kevin’s proud of.

Here he gives Architectural Digest a tour of his TriBeCa apartment:

I’ve found myself daydreaming about TriBeCa way too much lately. I moved back to Florida a few years ago after living in NYC for about a decade and my favorite ‘classy’ bar in the city is/was The Brandy Library in TriBeCa which is home to one of the most extensive whiskey, cognac, and brandy menus that I’ve seen anywhere in the world. We’d always end up there on days when we couldn’t figure out anything to do. Bored? Let’s walk downtown to The Brandy Library, grab some drinks, and see what happens. The day would always lead to great memories. I miss that bar.

As for Kevin Love’s apartment, this is 100% NOT his only real estate holding. He obviously has a sick pad in Cleveland but he’s also an avid traveler. Under normal circumstances, Kevin Love spends his offseason traveling the world and it appears as if he isn’t into being tied down to one location too much so this apartment makes perfect sense for him.