Kyrie Irving Curses At Celtics Fans, Thens Flips Them Off During Game 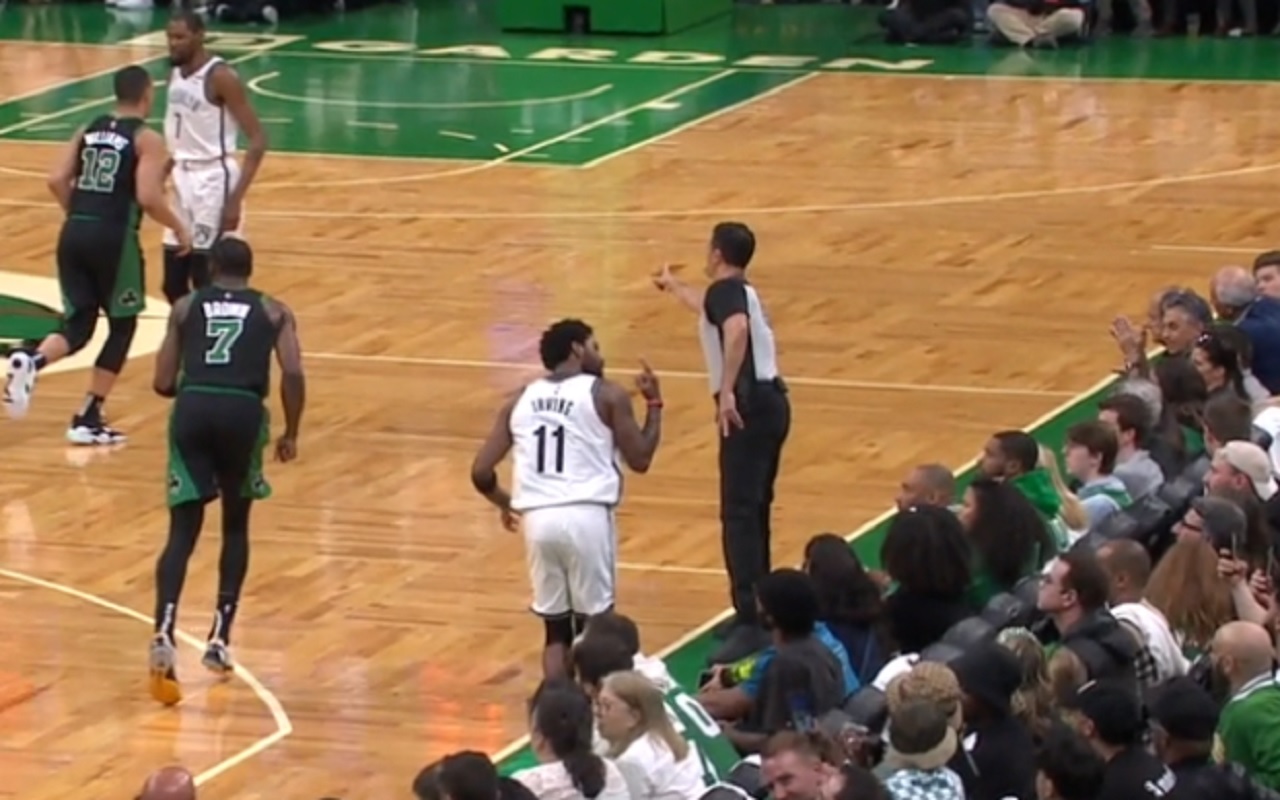 Kyrie, who once forced his way out of Boston years ago, found himself getting loudly booed by Celtics fans on Sunday.

During halftime of game 1 of the Celtics-Nets series, Kyrie was filmed telling a heckling fan to “s*** my d***.”

In the third quarter of the game, Kyrie flipped off Celtics fans after hitting a three-pointer.

Kyrie flipping off the fans 😂 pic.twitter.com/sZn35vCMjX