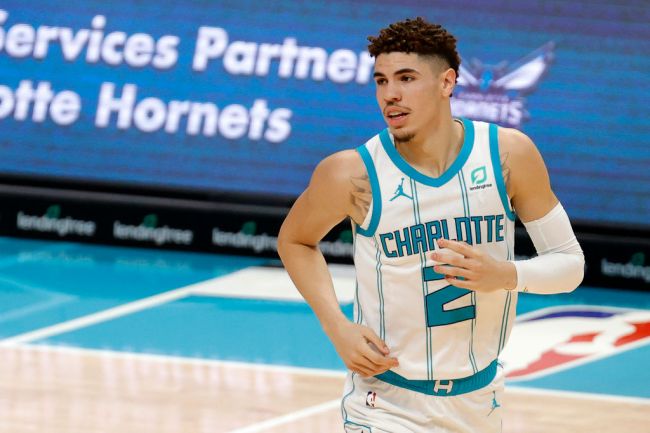 Hornets’ rookie LaMelo Ball is reportedly renting out a condo in Charlotte that just so happens to be owned by Patriots’ quarterback Cam Newton. The former Panther purchased the fifth-story unit in 2012 for $1.6 million and placed it on the market for $3.2 million in 2019, but the asking price has since dropped to a cool $2.6 million.

According to Realtor.com, there isn’t any evidence of an actual sale, and with the property still held by an Atlanta LLC connected with the quarterback, it appears Newton probably struck a deal with Ball to lease the place.

The condo is three bedrooms and 3.5 bathrooms and measures 3,335 square feet occupying half of the fifth floor. Not too shabby of a pad for a 19-year-old.

Noted details of the modern design include an open living and dining space, as well as a state-of-the-art kitchen with Sub-Zero, Bosch, Miele, and Wolf appliances. A “Zen-like” master bedroom retreat with a spa bath boasts an enormous walk-in closet.

The building is called ‘The Trust’ and according to the report, Michael Jordan once occupied the entire seventh floor. Leave it to the GOAT to take over an entire floor while guys like Cam Newton only take up a half of a floor.

One of the most interesting items in the place, according to the photos, is a Cam Newton Rookie of the Year Pepsi vending machine. It’s unknown whether or not Ball kept that in the place during his stay.

Ball, the third-overall pick in this year’s NBA Draft, is averaging 11.6 points, 4.7 rebounds, and 4.9 rebounds per game this season for the Hornets.