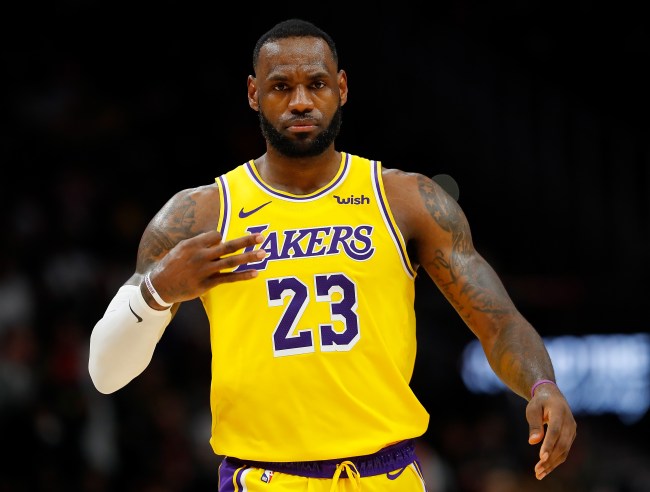 LeBron James is stuck inside the NBA bubble, but that’s not holding him back from making big business moves.

According to a report from the LA Times, LeBron purchased a $36.75 million dollar mansion that belonged to Lee Phillip Bell, the co-creator of popular soap operas “The Bold and The Beautiful’ and “The Young and The Restless.”

You heard it here first: King James just got a new castle.https://t.co/QEw41BxeQw

King James has a new castle. The Lakers star, who’s currently competing for an NBA championship in Florida, just bought a Mediterranean-style compound in the Beverly Hills Post Office area for $36.75 million, according to the Multiple Listing Service.
Spanning 2.5 acres, the property was sold by the estate of Lee Phillip Bell, the talk show host and “The Young and the Restless” co-creator who died earlier this year.

The 9,100-square foot mansion comes with beautiful views of both downtown Los Angeles and the Pacific Ocean. It includes two huge guesthouses, seven fireplaces, a personal screening room, fountains, a tennis court, and a pool.

LeBron was reportedly first linked to the home back in July and was finally able to close the deal this week. This is LeBron’s third home in the LA area, he owns two homes in Brentwood worth $21 million and $23 million.