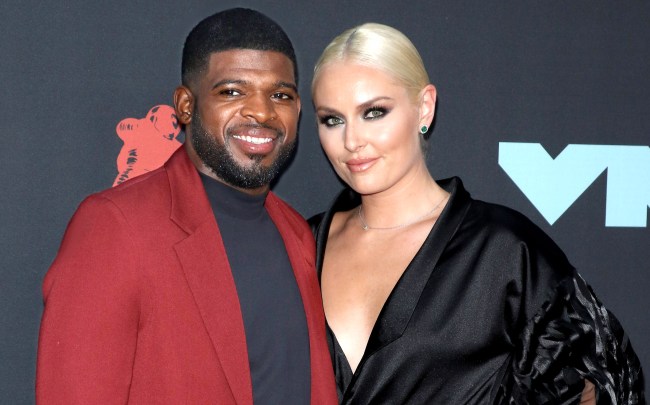 It must be love. Olympic gold medalist skiier Lindsey Vonn is selling her incredible mountain home in Vail for $6 million so she move to New Jersey to be with her soon-to-be husband NHL star P.K. Subban.

“She has actually purchased a home in New Jersey with her fiancé P.K. Subban who plays for the New Jersey Devils,” Vonn’s rep told People. “Since she is now retired from professional skiing, she is spending more time there to be close to him while he is in season.”

Two years ago, Vonn shared a look inside her 7,042-square-foot house with People TV. In the video we got a nice look at Vonn’s personal gym, where she displays all the medals she has won, and more interesting aspects of the home.

Vonn says in the video, “When I walked in for the first time, I said, ‘This is it! This is my house.’ Because I’m on the road all the time, I need a place to come home to where I feel really relaxed and cut off from everything. I need a quiet place that’s just my own.”

No need for that now!

I said YES!!! 💍❤️Can’t wait to spend the rest of my life with this crazy/kind/handsome/hyper/giving man #heputaringonit #isaidyes

The house, located on Black Gore Creek, was built in 2011 on a private cul-de-sac and comes with five bedrooms, 6.5 baths, and some stunning mountain views.

You also get a great room features a large double sided stone fireplace, floor to ceiling windows with large kitchen, a dining area with room for 12, a large deck for entertaining, and a state of the art fitness room with a full bath.

Downstairs is a large family room with a wet bar and another fireplace.

The best feature, however, might be the two-car garage with a heated driveway. No more shoveling!

According to the home’s listing on Realtor.com, it can be all yours for somwehere around $27,387 a month in mortgage payments, with a $1.2 million down payment.

Take a look inside…