University Of Miami’s Mario Cristobal Spent $7.9 Million On A Mansion That Looks Straight Out Of ‘Bad Boys’ 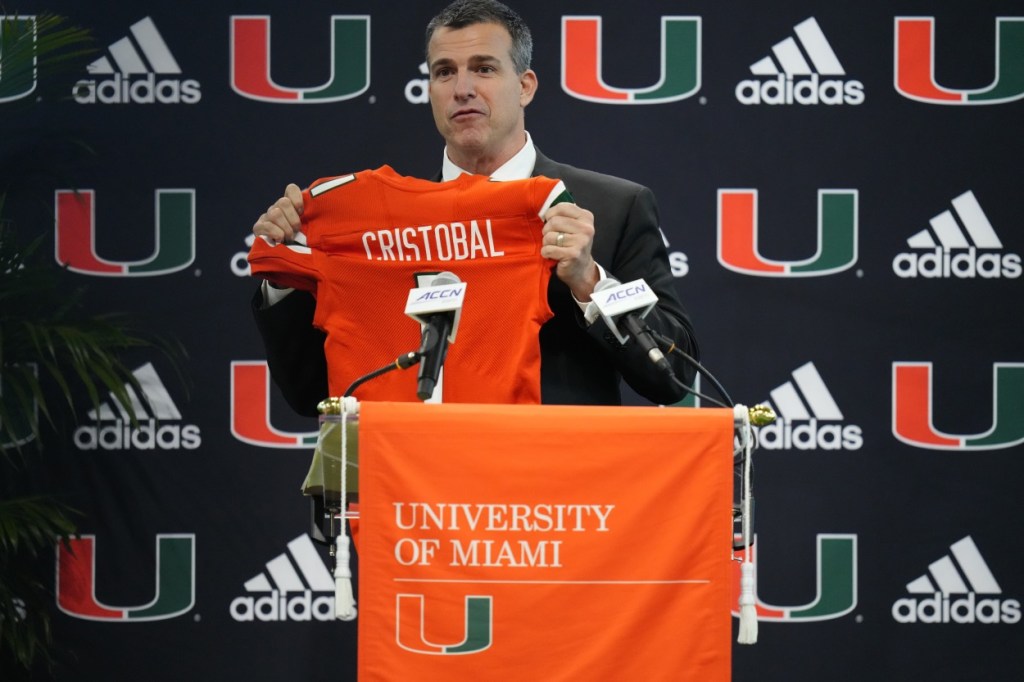 The moon in and around Coral Gables is ‘The U is BACK’ after the hiring of new head coach Mario Cristobal on December 6th of last year. Cristobal immediately locked up job security and secured the bag when he signed a 10-year, $80 million contract.

When Mario Cristobal signed his $80 million contract with the Miami Hurricanes he immediately became one of the highest-paid coaches in college football. His $8 million/year salary has him ranked as the 7th highest-paid coach in the land, sandwiched between TAMU’s Jimbo Fisher ($7.5M/yr) and Clemson’s Dabo Swinney ($8.370M). That is a LOT of money for a coach who has only ever won a single New Year’s Six Bowl Game, the 2019 Rose Bowl with Oregon.

What exactly does Miami‘s newest multi-millionaire resident spend his millions on? Real estate, of course. Mario Cristobal recently purchased a mansion near Coral Gables for $7.9 million. It’s just down the street from the homes of Alex Rodriguez and the Miami Heat’s Jimmy Butler.

Miami made Mario Cristobal one of the highest-paid head coaches in college football.

He just bought a mansion to match.@achristovichh with more ⤵️https://t.co/oIvjf2kW7Z

You can find the Zillow listing of the mansion here with tons of stunning photos to check out.

the difference is they’re in Eugene

Good for him! Well deserved. pic.twitter.com/qWiYV3OnAM

and the best thing is that when you're already rich, you can buy a fantasy home that only costs 1 years salary

All that just to throw 5 yard outs and hb dives. Good for mario tho

It is only a 2.1-mile drive from his house to the Miami Hurricanes’ practice facilities which seems close but with the right traffic that could be an hour-long drive. So it’s probably best for Mario Cristobal to invest in a nice bicycle now or a golf cart that he can take on the sidewalks and flash his Hurricanes badge if anyone complains.

Mario Cristobal and the Miami Hurricanes currently have the 16th ranked recruiting class for 2022 so there is a LOT of work to do if he plans to get The U back to early 1990s and early 2000s levels of success.