NHL Legend Mario Lemieux Is Selling His Massive Castle In Quebec For $16.8 Million 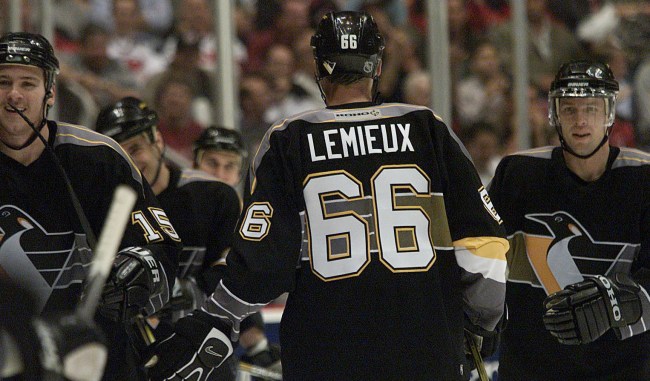 NHL legend Mario Lemieux is selling his unbelievable castle in Quebec for $16.8 million and hard to believe, but that actually seems like a bargain once you get a good look at this place. (And what’s up with famous athletes and castles?)

Lemieux, who played 17 seasons with the Pittsburgh Penguins and was inducted into the Hockey Hall of Fame immediately after his first retirement in 1997 as they waived the normal three-year waiting period, was arguably the second greatest hockey player of all time. Especially considering that he played much of his career with a spinal disc herniation, Hodgkin’s lymphoma, chronic tendinitis of a hip-flexor muscle, and chronic back pain so severe that other people had to tie his skates.

Named Chateau Fleur de Lys, the estate’s listing with Engel & Völkers is out of this world.

Mario Lemieux, hockey Hall of Famer and owner of the Pittsburgh Penguins, is selling his fully furnished 50-room Montreal castle for $21,999,066: https://t.co/CXyR8d4596 pic.twitter.com/MosJoPpCNu

View over 90 more photos of the incredible estate here.