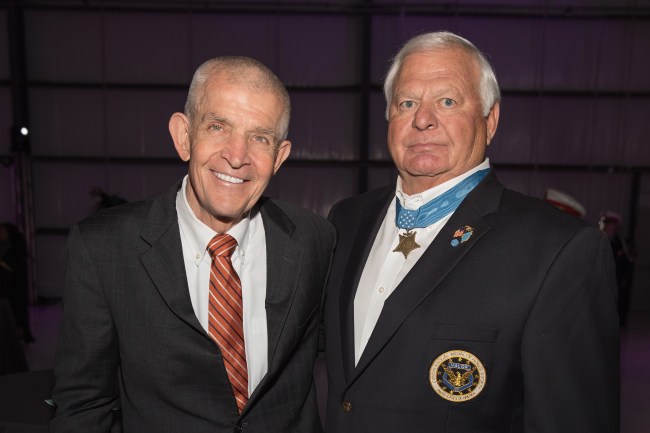 Houston’s ‘Mattress Mack’, real name Jim McIngvale, lost a literal fortune on the Houston Astros losing the World Series. And that’s not an exaggeration in the least bit, reports claim Mattress Mack lost $12 million in bets for the Astros. Despite losing $12M in bets he reportedly came out on top because he was on the hook for $20 million due to the promo he was running at the time and he likely netted $8 million (in mattress sales) despite losing $12 million in bets.

Flash forward to the NFL and Mattress Mack has been betting against the Kansas City Chiefs like it’s his job in life. During the NFL Wild Card Weekend, he bet $1 million on the Houston Texans (+385) to beat the Chiefs. The Chiefs won that game 51-31.

The following week, Mattress Mack dropped another $1 million bet against Kansas City. He took the Tennessee Titans (+300) to beat the Chiefs and KC won that game 35-24 to advance to the Super Bowl against Jimmy Garropolo and the San Francisco 49ers.

Surprise. Surprise. Mattress Mack has dropped another million AGAINST the Chiefs.

GO NINERS! Buy a Tempur-Pedic Sleep Set of $3,000 or more and if the team from San Francisco WINS the BIG GAME on Sunday, February 2nd in Miami, receive 50% of YOUR MONEY BACK or 100% back in IN-STORE CREDIT! #biggame #sanfrancisco #miami #galleryfurniture

JUST IN: “Mattress Mack” lost $2 million betting against the Chiefs and he still doesn’t believe in them. He just got $1 million down on the 49ers in Vegas https://t.co/qs0hOzFVGf

He’s placed two $500K bets at the Mirage on the San Francisco 49ers (+120). If the Niners win, Mattress Mack will net $1.2 million which will go a little way in helping offset his $2 million in losses throughout the NFL playoffs.

I can’t help but question why the shit anyone in Mattress Mack’s life allows him to keep making and losing bets this size. Are there really that many people in the Houston area buying mattresses on the regular? Enough people to offset the seven-figure bets he’s making? Everyone I know buys a mattress like once a decade. I cannot fathom a world where his stores are selling out of mattresses with these promos but I’m honestly not that in tune with the mattress world so I’ll defer to Mack on this one.