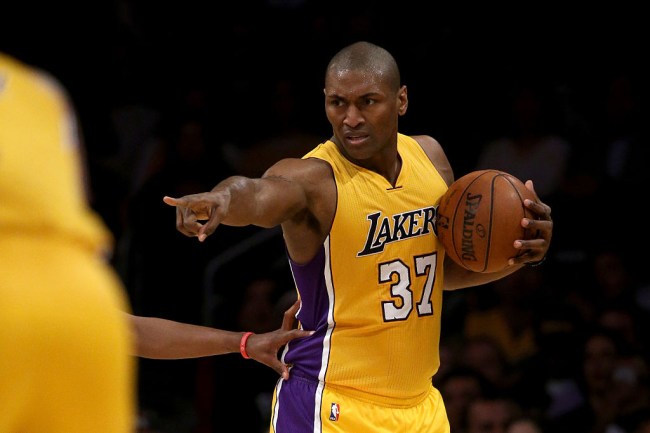 Earlier this week many in the sports world applauded the Supreme Court’s ruling to lift the federal ban on sports gambling but one former NBA player, former Lakers star Metta World Peace, isn’t a fan of the looming legalization of gambling in the U.S. because he fears that future college kids might be subjected to corruption.

“What if I was some kid that was a little scared, and it’s, ‘Ok, I’ll do it’? That’s the problem I have with betting, because these guys that are betting, some of them are bullies and they’ll force a kid into a situation and, then, when the kid’s trying to go to the NBA, they hold it against the kid.

“They gotta have rules – really harsh rules – on people that’s using kids. You cannot be putting kids under pressure.”

While MWP’s concern’s are understandable, the illegal sports betting market in the U.S. is currently a multi-billion dollar industry and those possibilities for athletes to be corrupted are already out there, so I don’t think much is going to change with legalization.