Take A Look At The Dope House Michael Vick Is Selling In South Florida For $2.4 Million 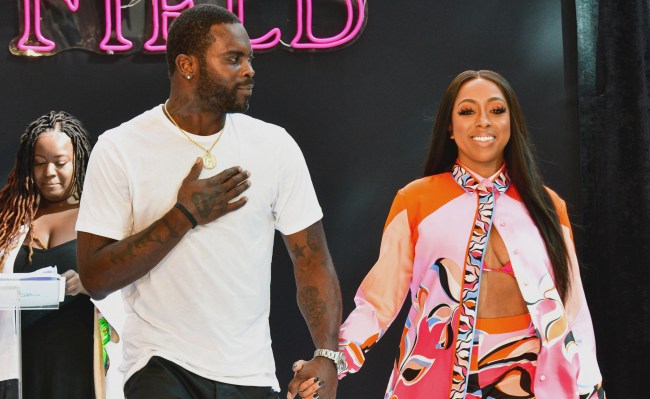 Former NFL quarterback Michael Vick and his wife Kijafa are selling their 7,726-square-foot home in Plantation, Florida for $2.4 million.

And it’s not just any old home either. It’s blessed.

At least that’s what listing agent Giselle Bonetti sayd about the property, “It’s a blessed house. The location, the way the light hits it … the energy. It’s just blessed.”

The reason for the couple selling the house in Plantation is, according to Bonetti, because they are building an even larger home in South Florida that will better meet “the needs of the growing family.” Not bad for a guy who filed for bankruptcy in 2008. How they ever survived in a house as tiny as 7,726-square-feet for this long is amazing. He is an inspiration for us all.

Michael and Kijafa, who has her own accessories label, PnkElephant, have been married since 2012 and have had three kids together. Michael also has a son from a previous relationship.

The Plantation home was purchased new by the Vicks in 2018 for $2.38 million and comes with six bedrooms, six bathrooms, a gourmet kitchen, a custom pool, outdoor kitchen, covered lanai area, basketball court, a large backyard, and a guest house with bedroom suite and kitchenette.

And for only around $14,358 a month in mortgage payments (with a $479,800 down payement), it can be all yours, according to Realtor.com’s payment calculator.

Check out even more pics inside and outside the Vick’s home here.