Mike Piazza Just Knocked The Price Of His Ridiculous Miami Beach Mansion Down To Just $16.9M 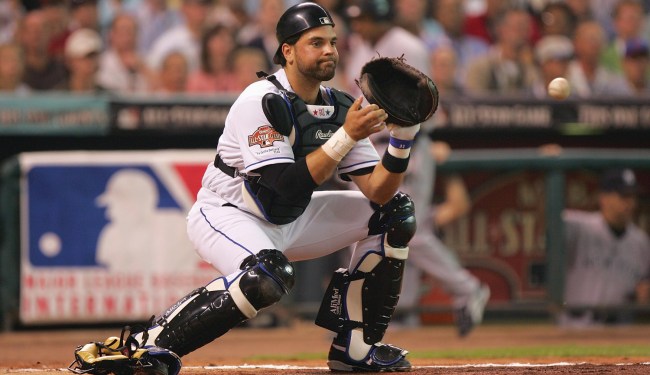 As I sat down to research this insane 9,438-square-foot mansion and surrounding estate that 12-time MLB All-Star catcher Mike Piazza was trying to sell I was reminded that he’s been married one-time Playboy Playmate (Miss October 1995) Alicia Rickter since 2005.

I hadn’t thought about her since, well, sometime probably around 2006. I had no idea that they were still together. I mean, I just assumed they were divorced by now since pretty much every famous person has been at one time or another (and a plethora of not-so-famous people).

In fact, according to Wikipedia, Alicia is currently the Vice President of A.C. Reggiana 1919, an Italian soccer club that is 85% owned by her husband. Seriously.

Anyhoo, like I said, Mike and Alicia are looking to unload their Miami Beach mansion and they’ve even dropped the price from its initial listing of $18.5 million to just $16.9 million.

According to co-listing agent Jill Herzberg, “It’s an outstanding opportunity for a smart buyer, and they priced it to sell.”

For your $16.9 million investement, you get a giant home reminiscent of an Italian villa with 8 bedrooms and 9.5 bathrooms, an oversized gourmet kitchen, a custom bar with onyx countertops, including a wine cooler and humidor, a custom built entertainment center, a heated pool with spa, an expansive outdoor patio, a separate two-bedroom, two-bathroom guest house, 100 feet of water frontage, a dock and a boat lift.

Not too shabby, huh?

Baseball Hall of Famer Mike Piazza and his wife Alicia have listed their Miami Beach home base for $18.5 million https://t.co/RyX61hX435 pic.twitter.com/hIiMDG3NQ8