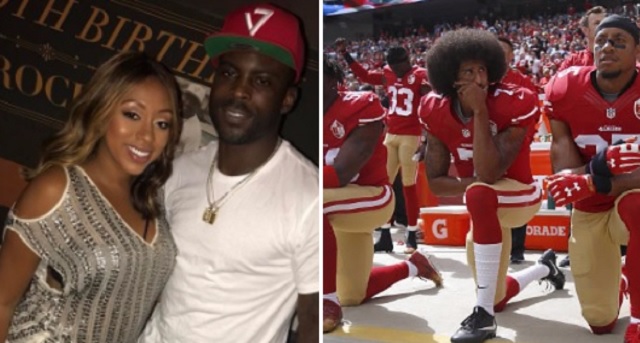 Last month, former Falcons QB Michael Vick went on Fox Sports 1 and ranted about how Colin Kaepernick needed to cut off his afro if he wanted to get a job in the league.

“First thing we’ve got to get Colin to do is cut his hair,” Vick said. “Listen, I’m not up here to try to be politically correct. Even if he puts cornrows in there. I don’t think he should represent himself in that way. Just the hairstyle. Just go clean-cut. You know, why not? You’re already dealing with a lot.”

Vick’s wife, Baller Wives star Kijafa Vick, didn’t appreciate getting attacked on social media over her husband’s dumb comments about Kaepernick so much so that she banned her husband from sex as a penalty.

Vick eventually apologized to Kaepernick and I’m assuming he’s back to getting booty again.