MLB Asked Gaming Commission To Outlaw Gambling On Spring Training And Admitted The Games Are B.S. 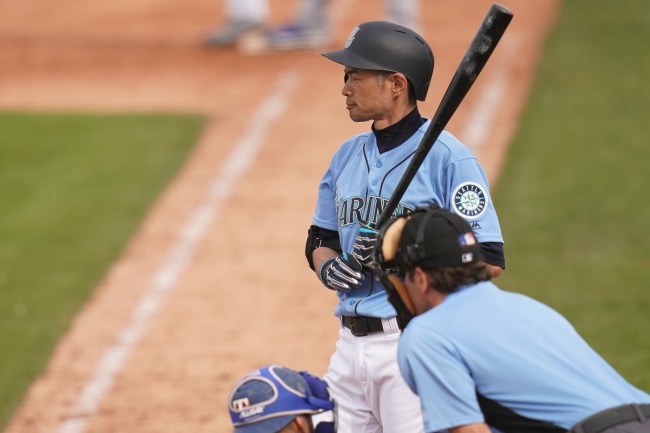 This is the first instance I can think of since sports gambling has been legalized outside of Nevada that a professional sports league petitioned a gaming board to ban gambling on a particular set of games.

Major League Baseball said spring training games carried “heightened integrity risks,” in part because players are not expected to give maximum effort, and that the expansion of sports betting beyond Nevada exacerbates that risk.

“Spring Training games are exhibition contests in which the primary focus of Clubs and players is to prepare for the coming season rather than to win games or perform at maximum effort on every single play. These games are not conducive to betting and carry heightened integrity risks, and states should not permit bookmakers to offer bets on them,” the league said in a statement. “Limited and historically in-person betting on Spring Training in one state did not pose nearly the same integrity risks that widespread betting on Spring Training in multiple states will pose.” (via)

The NGCB wrote this back:

“Based on our history and experience in regulating sports wagering, we are not inclined to prohibit our licensed sports books from taking wagers on MLB Spring Training games. We have a common goal to combat sports bribery and maintain the integrity of your sport, and are available to discuss ways we can work together in this effort.”

It seems pretty clear that Major League Baseball never even considered trying to work with the NGCB at any point in history. If they have concerns about integrity tied to gambling then why not turn to the people in charge of protecting that integrity? The MLB has always been the least progressive league among the 4 major sports so this isn’t a total shocker.

As someone who lives in Southwest Florida in a city with a Spring Training team (the Orioles), I’d just like to point out that it’s complete and utter bullshit that Florida is dragging its ass in putting forth any sort of Sports Betting legislation. I can’t even bet on these games happening a few miles from my house but people living in the next state over can all because their state isn’t corruptly run by politicians in the pockets of the Seminole Tribe Casinos.

Florida’s expected to be one of the last states in America to get its act together with sports gambling legislation, which shouldn’t surprise me since my home state is always living a decade behind the rest of America.