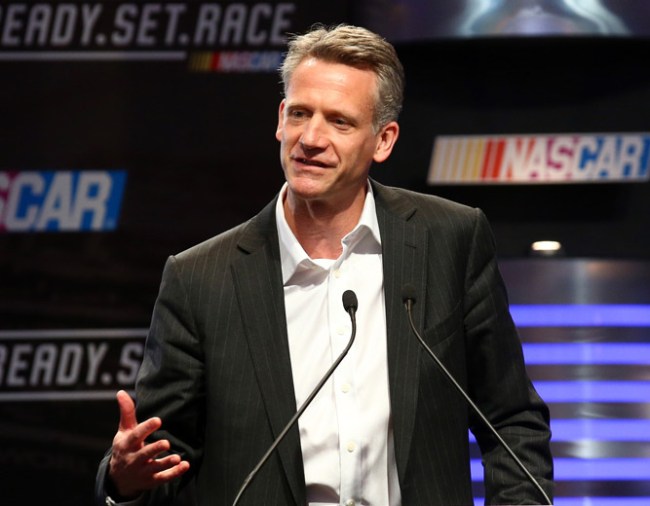 On October 1st, Steve Phelps assumed the role of NASCAR President; responsible for oversight of the sport’s commercial, media and competition. JohnWallStreet recently had the opportunity to sit down for an extended conversation with the new NASCAR President. In part 2 of our interview (part 1) we discussed the catalyst from NASCAR’s move to a tiered sponsorship model, why the sport is so reliant on sponsorship money and what teams are spending to race a car.

JWS: NASCAR plans on moving from its current single title sponsorship model (i.e. Monster Energy NASCAR Cup Series) to a tiered model (think: Olympics) for the start of the 2020 season. Is that change being driven by the desire to grow revenues or out of necessity because there are few companies willing/able to participate at a $20 million/year level, but a significantly wider pool if you lower the asking price to between $5-$10 million/year?

Steve: The primary goal was to make it easier for sponsors to work with NASCAR. Historically, if a company became the “Official X of NASCAR”, every other stakeholder would chase that sponsor for money. We’re trying to take the assets of the majority of the stakeholders in the sport and package them together. It’s far more efficient and allows our sponsors to activate intelligently against the assets that they have.

JWS: Do you expect revenues to grow from the change in sponsorship model?

Steve: I do think sponsorship revenue will grow, but the change is more about finding long-term partners that are committed to this sport; committed to activating the sport and our drivers on whatever channels of distribution they’re doing business. That’s what we need to grow the sport overall, the revenue will follow.

JWS: 75% of the team revenues comes from corporate sponsorships. Why is the sport so reliant on sponsorship money?

Steve: Our teams don’t have different revenue streams like stick and ball sports have. If you’re Major League Baseball, you have 81 home games; you’re selling a lot of tickets, hot dogs and parking. Our business model is very different. If you’re a race team, you don’t sell tickets. You essentially have two revenue streams; prize money (in part generated by broadcast revenues) and sponsorships.

JWS: NASCAR has a fanatical following in pockets of the country (notably: South, Midwest). How do you broaden the sport’s appeal?

Steve: We’re not as regional as most people think we are. The perception is that all our tracks are in the Southeast (nationwide except Pacific NW), all our drivers are from the Southeast (more from California than anywhere else) and all our ratings are driven from the Southeast and that’s not a true statement. Sure, we index slightly higher in the Southeast than elsewhere, but not significantly. New York is our largest market in terms of the number of fans watching. Percentage wise it’s not, from a ratings standpoint it’s not, but we have a lot of fans all over the country.

So how do we grow it? It’s about putting on the best racing that we can (see: new rules package) and increasing the star power of our drivers, to make them more popular with our current fans and relevant with future ones.

JWS: How much are NASCAR teams spending to race a car?

Steve: On the top end, you have cars that are spending $25 million – $28 million and you have some in our top series that are spending $6 million – $8 million (Editor Note: Steve suggests +/- 15/41 cars could win on any given weekend). There are things that we as a sanctioning body can do (and are doing) with our teams, to try and mitigate the arms race that happens in trying to find speed, but wind tunnel time is expensive and everyone is trying to win because our drivers are racers at heart and when you win it’s easier to attract sponsors.

Howie Long-Short: NASCAR ownership has submitted a $1.9 billion cash offer to take all outstanding shares (+/- 25%) of International Speedway Corporation (ISC) private at $42/per (+8% premium to the prior market closing price $39.06). If completed, NASCAR would combine its sanctioning body with ISC’s tracks (includes 13 on NASCAR Cup Series circuit) to create a “more unified strategic approach” to the company’s “future growth”; and to make a potential sale of the stock car racing series easier. ISC shares are up +10% since news of the offer broke, closing at $43 on Thursday 11.15.

Fan Marino: You referenced how the 2019 rules changes would improve racing on the track, but what improvements can the sport make off the track to enhance the race-day experience?

Steve: There are some blocking and tackling things that we need to continue to do better, like making sure that we have Wi-Fi available at the racetrack; people want to share their experience.

Also, because our races are so loud, trying to interact with someone during green flag racing is difficult; you’re kind of lost in your own world when the cars are on the racetrack. We believe there’s an opportunity to create an incredible immersive experience with data, video and audio for the fan sitting in their seat; so, they can feel the vibrations going through them while watching lap times, following how their driver is doing relative to other drivers and/or listening to radio communication between the crew chief and driver on their device.