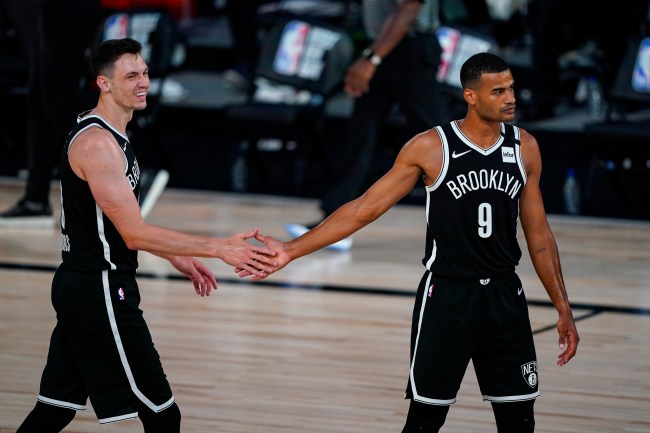 The NBA bubble might not have a ton of great stories coming from it since players are isolated and basically a bunch of kids at summer camp for multimillionaires — although Lou Williams did provide a pretty solid one a couple weeks ago by going to a strip club for chicken wings — but there’s one from Tuesday that really shows how unique this whole situation really is.

After the Brooklyn Nets, who don’t even have many recognizable names on their roster because of injuries and opt-outs, defeated the Milwaukee Bucks with a 119-116 victory, people were blown away at the result. Why? Because Brooklyn had entered the contest as a whopping 18.5-point underdogs, per BetMGM — otherwise known as being dead on arrival. But by winning, Brooklyn pulled off the biggest NBA upset in 27 years, leaving plenty of sports gamblers who took the risk smiling from ear to ear.

So how’d the Nets do it? Well, it helped that the Bucks all but tanked the contest, with Milwaukee head coach Mike Budenholzer pulling reigning league MVP Giannis Antetokounmpo after just 16 minutes. But there’s another little tidbit that’s pretty interesting: According to Nets guard Garrett Temple, he and his teammates scooped some tips from Rockets’ players inside the NBA bubble’s pool the other day.

Garrett Temple says the Rockets gave his team advice on how to defeat the Bucks when hanging out at the pool yesterday, reports @Alex__Schiffer.

The Rockets had just played Milwaukee on Sunday, so they were the last team to face Giannis and the East-leading Bucks, giving them a firsthand scouting report to relay to the Nets. Only in the bubble, man.

Now, even without Antetokounmpo playing all but 16 minutes, the Bucks are still a helluva lot more talented than the beat up Nets are, so, say what you want to, but Milwaukee still should’ve won this game. So maybe the insider info from the Rockets really did help?

For those sports gamblers hoping to get lucky and win some cash like a few did from the Nets-Bucks game, you can get in on the action by signing up with BetMGM now. Hey, you may be the next big winner with another wild upset inside the NBA bubble.