The NBA Season Is Gonna Be March Madness On Steroids, And I’m Here For It 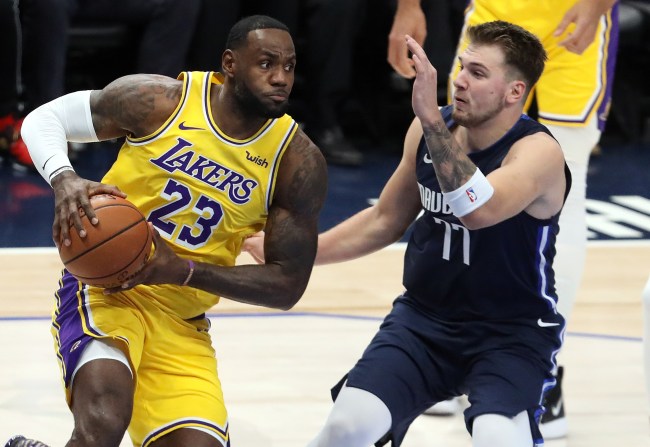 As the NBA season gets set to tip-off Thursday with a pair of games — and some tasty sports betting deals from BetMGM — there’s only one word that comes to my mind: Anticipation.

In my 35-plus years on this earth, I’ve anticipated lots of things, but the NBA return following a 4.5 month hiatus is absolutely in the top-10. Maybe that goes to show how big of a loser I am, but I’d like to think it just shows how enthusiastic I am about the unique sprint that the league has to round out this season to crown its champion.

It sort of reminds me of something else that has a similar format: The NCAA Tournament.

Although sports fans were deprived of March Madness this season because of the fucking pandemic (of course), we’ve got the best hoops action on the planet thanks to the NBA’s new format. Instead of 68 teams going all do-or-die, we’ve got 22 NBA teams playing eight contests, plus the possibility of a play-in game, plus the playoffs, plus the NBA Finals — all in the matter of about 2.5 months. Yep, the remaining NBA season is going to be everyone’s favorite annual tourney on steroids.

Forget that fact that the MLB season is back (for now). Who cares about the noise surrounding what may or may not happen with the NFL season. And, cool, both the MLS and NHL are playing, too, but none of these leagues stack up to what the NBA season has in store — and here are a few reasons why I’m here for what’s in store.

You know how every single sports fan has been (rightfully) complaining about the lack of live games to watch? With the NBA season returning this week, that shit is a thing of the past. Just like March Madness, games will be played literally all day long, meaning you can wake up, grab some coffee, check some emails and, boom, when you sit down to work in front o the TV, there’s a game on.

The league schedule shows about 5-6 games each day, with start times ranging from morning on the west coast to evening. Never has there been a better time to be a hoops junkie.

It might not necessarily be a great hobby to start picking up during a global pandemic, but, shit, I have no regrets that I’m dipping my toes into sports gambling now that the NBA season is back. From prop bets like how many players kneel for the national anthem, to a whole slew of other things — like getting a $100 payout from BetMGM on a $1 bet once a player hits a simple three-pointer — there’s money to be made while taking in all the action.

Want to know what’s a given during March Madness? That underdogs will leave their mark. And, while teams like the Lakers, Bucks, Rockets and Clippers have multiple All-Stars, there’s no doubt that one (or all) of those teams may not see themselves making a deep postseason run.

How will these guys adapt to living in a bubble for the next few months, breaking their normal recovery and routine? Which team will mesh the quickest and play the best? Who can avoid injuries or, worse, players forced into 10-14-day quarantine should they leave the NBA bubble or test positive for COVID-19? Like the NCAA Tournament, the NBA return brings tons of possibilities for the favorites to be shocked — which is something Charles Barkley already thinks will happen once the playoffs begin.

It’s the name of the game in March Madness: Survive and advance, because style points don’t matter once you’re in the tourney. And, now that the NBA season is about to return, this is the mentality every single player and every single team must have in order to win a title.

Gone are the days of load management and rest to prep superstars for the postseason. Say farewell to two-to-three-days of rest during playoff series — which always killed momentum and favored the better teams. It’s time for a fucking sprint to the finish line.

Back in the ’80s, each NBA season had a simple slogan: The NBA; it’s FAN-tastic. Commercials included cheesy slo-mo shots of fans cheering a bunch of plays from the league’s biggest stars. And, while no fans will be in the stands watching how the league commences it’s 2019-20 campaign, you can bet your ass that there’s still plenty of be fucking hyped about — so let’s get this shit going.