Man Pockets $84,500 On A $5 Bet Thanks In Large Part To Russell Wilson Throwing A Pick Six 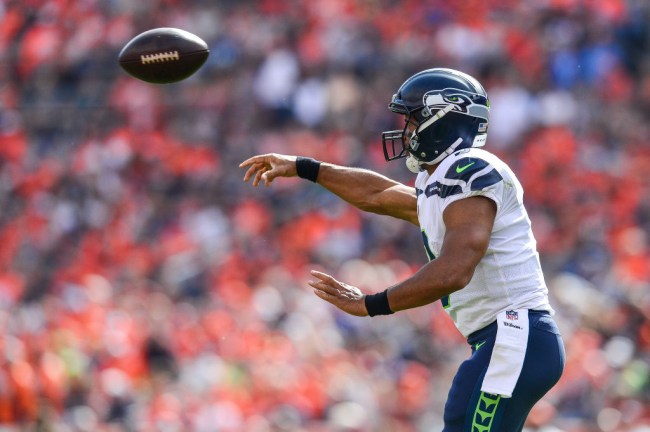 A gambler in the William Hill Pro Football Progressive Contest was made a very rich man when Prince Amukamara intercepted a Russell Wilson pass in the fourth quarter on Monday night and returned it for a touchdown, capping off a wild 16-0 weekend for the dude.

The man’s bet: $5. The odds: 17,000-to-1. His winnings: $84,565. The contest was a straight up pick ’em, so no spreads were in play, but still, betting correctly the Chiefs to beat the self-imploding Steelers and the Jags to beat the Patriots is impressive enough.

The weekly Progressive Card is just $5 to play at any of our 108 Nevada Sports Books and on our Nevada Mobile Sports app. pic.twitter.com/poVBJ8hfez

From a William Hill Nevada announcement, via For The Win:

One of the Week 2 entries in the William Hill Nevada Pro Football Progressive Parlay Card survived Sunday with a 14-0 record. A Chicago Bears win over the Seattle Seahawks tonight would make this entry a perfect 15 for 15 and win the $84,565 progressive jackpot.

With the Bears win, a bettor has won William Hill’s Progressive Parlay, which is awarded if gambler has a perfect card of 16 straight up wins (tie counts as a win). The $5 card will pay $84,565. pic.twitter.com/D7ZG7n7ePe

For every elated winner, there is a depressed loser.

In the same weekend, a “known, respected player” lost $110,000 on Houston -2 at the South Point sportsbook. The underdog Titans held on to beat the Texans 20-17 to cover the spread. Additionally, the Pittsburgh Steelers, New England Patriots, Philadelphia Eagles and New York Giants all went 0-5 against the spread, which is very good news for Vegas.

“It was a very, very good day,” said Chris Andrews, sportsbook director at the South Point in Las Vegas.