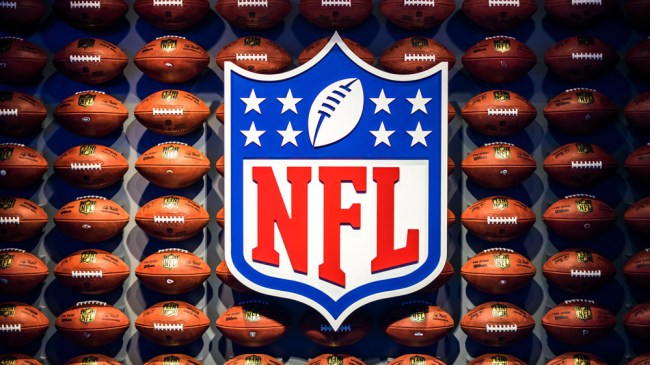 The NFL is exploring the possibility of exercising an exit clause in their pact with DirecTV, a move that would revoke the satellite provider’s exclusive rights to broadcast Sunday Ticket (i.e. all out of market games) at the completion of the 2019 season. The current contract (signed in ’14) calls for DirecTV to pay the league $1.5 million/year through ’22. If the league opts out of the current agreement, many believe it could package satellite rights with global streaming rights and continue to grow the revenue pie. Sunday Ticket has never had another home, DirecTV has held the NFL’s satellite rights since 1994.

Howie Long-Short: Should the NFL opt out of the existing agreement, it’s feasible a technology player like Google or Amazon could win the rights; Google previously bid on the rights to NFL Sunday Ticket. Considering neither company has satellite capabilities, if one of the tech giants were to acquire exclusive rights, it’s more than likely they would carve out the satellite broadcast rights and re-sell them.

NFL Sunday Ticket has always been exclusive to DirecTV because if it were to be more widely available, it would diminish the value of the games for the league’s cable and over-the-air television partners; of course, the NFL generates far more revenue from the likes of ESPN, CBS, FOX and NBC than they do from AT&T. Exclusivity hasn’t hurt DirecTV though, it’s helped turn the company into the largest pay-TV provider in the country (following AT&T acquisition, which was contingent upon the renewal of the NFL deal in ‘14).

DirecTV is a subsidiary of AT&T (T). As noted in yesterday’s piece on HBO, cord cutting and the shift to internet video had AT&T’s Entertainment division (see: DirecTV) reporting a -8% YoY revenue decline (to $11.7 billion) in Q2 ‘18.

Fan Marino: NFL television ratings were on an uptick again (at least compared to ’17) in Week 4, with 3 of the 4 Sunday time slots (CBS 1p, CBS 4p, NBC 8p) posting double-digit YoY increases. The time slot that did not experience a YoY rise in viewership (FOX 4p), still reported the best single-header rating of the season (11.7). Sunday’s ratings come on the heels of Thursday night’s highly competitive game between St. Louis and Minnesota, a contest that posted an 8% YoY increase (10.7 on FOX and a 19 on NFL Network).

Wait, it’s 2018 and DirecTV satellite subscribers still can’t stream games shown on NFL Sunday Ticket? Under the terms of the existing deal, only college students and those able to prove the inability to place a dish on their home have access to NFLSundayTicket.TV. The NFL’s take it or leave it offering is the polar opposite of the NBA’s new fan friendly NBA League Pass.

If you’re considering buying NFL Sunday Ticket, but unable to afford the $293.94 subscription price (if you want Red Zone it’s $100 more) AND live in the Los Angeles, Phoenix, Boston, Philadelphia, San Antonio, Hartford or Louisville areas, consider DIRECTV Now (streaming service) as an alternative to the satellite service. For just $55/mo. you can now (i.e. it’s new, not a pun) get access to the league’s entire out-of-market schedule. If the package expands, one must think it’ll have as positive of an impact on DirecTV Now subscriptions as it did for the satellite provider in the 90s.

U.S. Sports Memorabilia Market Estimated to Be Worth $5.4 Billion Annually

David Yokun (founder of collectable.com) has estimated that the total value of the U.S. sports memorabilia market is worth an estimated $5.4 billion annually, a figure that includes “the total gross merchandise volume from eBay ($4.7 billion), independent auction houses ($290 million), auction house private sales ($62.5 million), online retail venues and other sources ($400 million).” Fan apparel, products produced in mass and modern trading cards (even the rare ones) were excluded from the calculations. It’s possible (if not likely) that modern trading cards will be included in future estimates (in aggregate their value is significant), but pricing volatility makes it difficult to include them.

Howie Long-Short: Vintage baseball jerseys (pre-1972) are drawing record bids at auction due to their “extreme rarity and demand” (particularly when compared to cards and bats); a 1964 Mickey Mantle World Series jersey recently sold for 3x the previous high ($1.32 million). Curious as to why jerseys worn after the early 70s aren’t as highly sought after? Through the disco era players would receive up to 6 uniforms per season, but by 1980 teams were assigning players additional uniforms with the intention of re-selling them later to collectors (i.e. they were no longer rare).

Fun Fact: The most expensive sports collectible ever sold was a 1920 Babe Ruth game-worn away jersey, selling in ’12 for $4.416 million; it’s now estimated to be worth $10 million.

Fan Marino: The NFLPA Panini trading card index (released quarterly) ranks the top-performing football players in the licensed trading card industry, on factors ranging from secondary-market transactions to collectability based on rookie hype and collector speculation. The newest ranking, released on September 18th, indicates that Saquon Barkley remains the most valued rookie (Darnold was 2nd), while Tom Brady (up from #3) finished ahead of Aaron Rodgers and Patrick Mahomes II to top the veteran list.

Wondering what rare modern trading cards are worth? During the most recent quarter, an autographed 2018 Origins Football Barkley card (limited to 2) sold for $5,500. While that sounds like a lot, it’s just a small fraction of the $40,000 that a 2000 Contenders Football Tom Brady autographed rookie card (limited to 100) went for. $40,000 sounded like a lot for a card with 100 copies floating around, so I checked in with our resident card expert Jason Howarth (VP of Marketing – Panini America) to get his thoughts.

Jason: Cards numbered to 100 are still very rare. A Brady Autographed Contenders Rookie Ticket is definitely one of the cards you’d want from his rookie year and the value of that card continues to hold and could go up as Brady continues to perform. In addition, the card was highly graded (10 is the best).