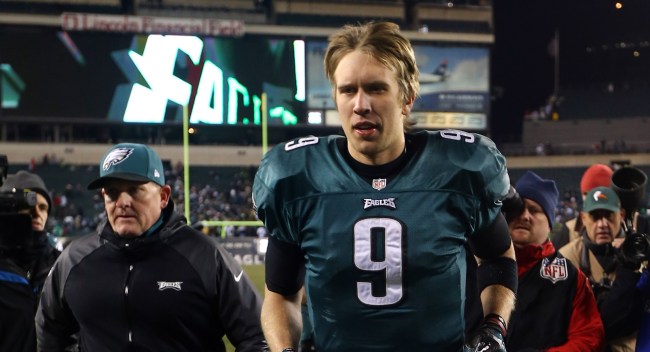 Now that quarterback Nick Foles will be plying his trade down in Jacksonville for the Jaguars as the result of his signing a VERY lucrative four-year contract worth $88 million, he’s getting the hell out of New Jersey.

Despite his “colorful” nickname, Foles comes off as one of the most boring players in the entire National Football League.

Bro is a Super Bowl champion, a Super Bowl MVP, is tied for two of most impressive passing records ever: 7 touchdown passes in a game and 25 consecutive pass completions, and yet…

Not that it isn’t a nice house. It’s… just… not very baller for a man with his resume.

It’s 4,282-square-feet, has four bedrooms, two-and-a-half bathrooms, and… according to the home’s listing on Realtor.com it has…

HOWEVER, should you happen to be a BIG Philadelphia Eagles fan, this place might be perfect for you.

It’s close to Philly, it’s reasonably priced, and Big Dick used to live there. Maybe you can even make meeting him in person one of the requirements for buying it. Maybe.

Enjoy a little tour of the home below…