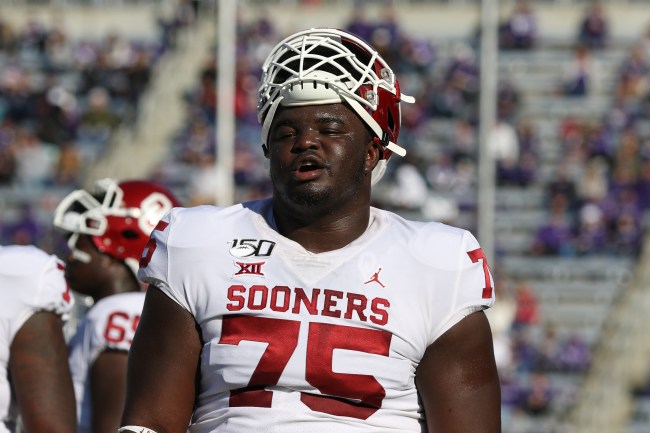 It’s been a rough day for the Oklahoma Sooners.

On Saturday afternoon the third-ranked team in the nation lost to unranked Kansas 38-35 in what became the biggest upset of the college football season.

After the game, it was announced that offensive lineman EJ Ndoma-Ogar was opting out of the season due to on-going COVID concerns.

Oklahoma offensive lineman EJ Ndoma-Ogar has chosen to opt out of playing the remainder of the 2020 season, a source told OUInsider.