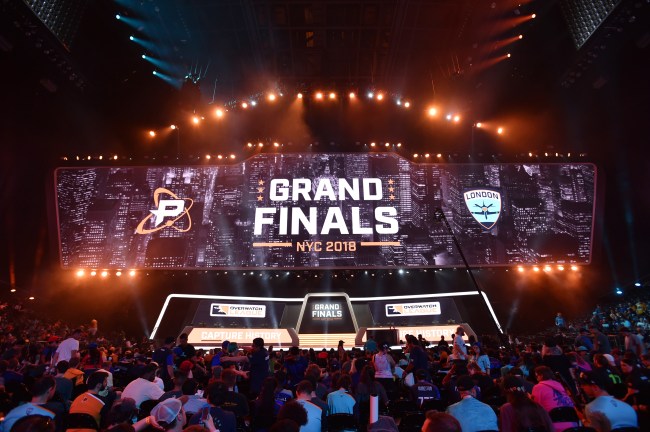 Activision Blizzard (ATVI) has confirmed the sale of 2 Overwatch League (OWL) expansion franchises, Atlanta and Guangzhou (China), and it’s been reported the company is in talks with McCourt Global (an LA-based holding company) to add a team in Paris; though the league has not confirmed that story. With the addition of Atlanta and Guangzhou, ATVI has now sold 14 OWL city-based franchises and it’s likely that number will continue to rise before the start of Season 2; ATVI eSports Leagues CEO Pete Vlastelica has stated it’s his intention to add 6 new cities (12 participated in Season 1) prior to the start of the ’19 season. The Georgia-based conglomerate Cox Enterprises (think: Cox Communications, autotrader.com), in collaboration with Province, Inc. (a consulting firm), will run the Atlanta franchise, while the financial and entertainment conglomerate Nenking Group bought the 2nd China-based OWL team.

Howie Long-Short: Each of the founding 12 city-based franchises paid $20 million for their spots. After a strong inaugural season (they sold-out the Finals at Barclays Center), the cost of participation has already risen by at least +50%; the next 6 franchises (including Atlanta and Guangzhou) to join the league will pay between $30 million-$60 million, depending on the volume of bidders, the market size and density of talent within the city.

Any concerns that the enthusiasm surrounding Fortnite would hurt Activision Blizzard were alleviated as ATVI reported record revenue and EPS for H1 ’18 on August 2nd. The company also set a record for mobile revenue in Q2 ’18 and grew net income +65% YoY (to $402 million) during the most recent quarter. The good times are expected to roll through H2 ’18, with several notable games scheduled for release including; Call of Duty: Black Ops 4, World of Warcraft: Battle for Azeroth and Destiny 2: Forsaken. Despite an earnings report that beat analyst expectations, ATVI shares are down 5% since; as the company’s full year forecast fell short of analyst projections. Activision Blizzard remains up 11% YTD, closing on Tuesday at $70.23.

Alisher Usmanov has accepted Stan Kroenke’s offer of +/- $700 million (at $2.3 billion valuation) for his 30% stake in Arsenal, effectively giving Kroenke Sports & Entertainment (KSE) full ownership of the Premier League club. Upon closing, Kroenke who already controlled 67% of the franchise will surpass a key threshold under UK takeover law; anyone owning more than 90% of a company’s shares can force the remaining shareholders to sell their stake. Kroenke intends on purchasing the remaining 3% of the franchise from Arsenal Holdings shareholders at a price of +/-$38,000 per share. It must be noted that KSE’s acquisition is being funded by a loan, a fact that has Arsenal Holdings shareholders particularly upset.

Howie Long-Short: Arsenal Supporters Trust (AST), the club’s largest fan group, claims that by Kroenke taking AFC private AST fans are being forced to give up their role as “custodians who care for the future of the club.” Sure, they’ll lose their access to annual general meetings and there will be a delay in financial reporting, but to suggest their participation is crucial to the club’s success is laughable; even Usmanov, who controlled 30%, hasn’t had any voting power or influence since Kroenke took majority ownership back in ’11.

Forgive me if I’m underestimating the impact of this deal. As an American sports fan, I’m used to blindly rooting for my favorite teams without ever having the opportunity to hold them accountable.

Fan Marino: Kroenke’s decision to take the club private is unlikely to make much of an impact on the pitch, but Arsenal fans are going to notice plenty of changes when their Premier League season gets started this weekend (Sunday against Man City). Unai Emery has replaced Arsene Wenger following a 22-year run as the club’s manager.