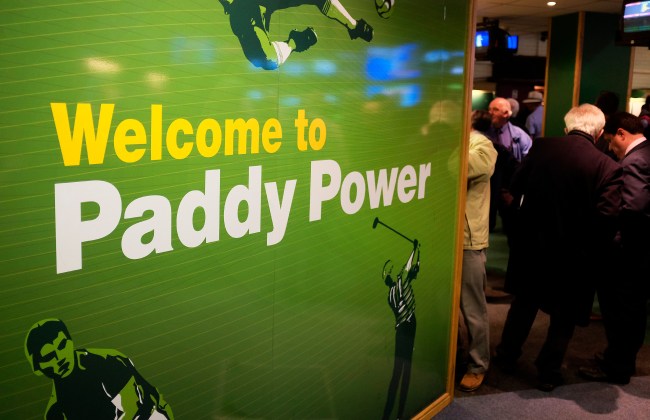 Legal Sports Report has reported that Irish bookmaker Paddy Power Betfair (PPB) is close to acquiring FanDuel. Little is known about the deal’s terms, but “it (the price point) appears likely to be below the $1 billion valuation” that the company held in July 2015. PPB acquired FanDuel competitor DRAFT for +/- $50 million in May 2017, so should the deal go through PDYPY would own the 2nd and 3rd most popular DFS apps. The news comes just one day after the SCOTUS struck down PASPA, the federal ban preventing individual states (save Nevada) from offering betting on the outcome of a single sporting event; FanDuel CEO Matt King indicated earlier this month, that his company would “get into sports betting” if the courts voted in New Jersey’s favor (as they did).

Howie Long-Short: Paddy Power Betfair isn’t collecting DFS companies for sport, they’re using M&A to take market share in a sports betting arms race. FanDuel has a database that contains 6 million DFS users (many inactive) and PPB believes they’ll be able to convert many of those individuals into true sports bettors. The FanDuel brand also brings PPB some value, as the popular gaming operator (in Ireland and U.K.) lacks U.S. name recognition; though it does own California based horseracing betting business and digital broadcaster TVG and the NJ online gaming site Betfair Casino.

FanDuel raised $430 million in venture funding, but has struggled to raise additional capital since the Q3 ‘15; so, investors were pushing to either pursue a sale or public offering. In March, we reported FanDuel was considering a reverse merger as a means of capitalization. Those talks would appear to be on hold. While that means, you won’t be able to purchase shares of FanDuel on the NASDAQ (as Platinum Eagle had planned); you can buy stake in Paddy Power Betfair. The company trades OTC under the symbol PDYPY. Shares are up 7% since the SCOTUS decision, but declined 4.5% on Tuesday following the Legal Sports Report’s report.

Fan Marino: DraftKings maintains the No. 1 position among DFS companies, claiming more than 10 million users. Interestingly, their fastest growing game (+59%) isn’t tied to the NFL, NBA or MLB, but to League of Legends; where users construct rosters (with a salary cap) of professional gamers. It’s not just DFS players getting into esports though, global wagering (includes legal and illegal) on esports is expected to top $6.7 billion in 2018 and hit $13 billion by 2020. Looking to get in on the action? Pinnacle Entertainment (PNK) and William Hill (WIMHY) both take bets and offer odds on esports, as does Unikrn; a website that allows for legal esports betting using their own virtual token (Unikoin Gold, UKG) or cash. Unikrn has raised $41.4 million to date, including $31.5 million in a H2 ‘17 ICO; Mark Cuban participated and has a seat on the company’s advisory board.

Hedge Fund Manager and Steelers minority owner (5%) David Tepper has bought the Carolina Panthers for an NFL record $2.3 billion, subject to vote at the owners meeting in Atlanta next week; with the intention of keeping the franchise in the Charlotte area. The vote should be a formality as Tepper was vetted and approved when he acquired his stake in the Steelers; per league rules, he will have to sell his interest in the Pittsburgh NFL franchise. Franchise founder Jerry Richardson put the team up for sale in December after facing “me too” and racial misconduct accusations. Coincidentally, the announcement comes just one day after the SCOTUS struck down PASPA, the federal ban preventing individual states (save Nevada) from offering betting on the outcome of a single sporting event; likely already increasing the value of Tepper’s investment.

Howie Long-Short: $2.3 billion is the most ever paid for an NFL franchise but, below the $2.5 billion Richardson had hoped to get. Richardson’s desire for a quick sale, Tepper’s ability to pay in cash and the lack of a 2nd viable buyer all contributed to the depressed sale price. Prospective bidders Joe Tsai (Nets) and Michael Rubin (Fanatics) each bowed out of the bidding when told it would take an offer “substantially more than $2.5 billion” to buy the team and Ben Navarro’s $2.5 billion bid made with the intention of moving the franchise to South Carolina; a term the league and Richardson opposed.

At $2.3 billion, the Panthers sold for less than 6x revenue ($385 million); a figure that’s only going to grow with legalized gambling and increased competition for media rights. While the deal was consummated prior to the SCOTUS decision, the outcome had been expected for months. Add any newfound betting revenues to the additional income expected from newly signed streaming rights deals (Amazon – worth $65 million/year, Verizon – worth $500 million/year) and there is no way the team generates less than $400 million in 2018. At 6x, the team is worth a minimum of $2.4 billion. Forbes, which is notably conservative with their franchise valuations pegged the franchise at $2.3 billion. It appears that Tepper got a good deal or at least one in line with the market, as opposed the deals signed by Joe Tsai (Nets, $2.3 billion valuation) and Tilman Fertitta (Rockets, $2.2 billion valuation) that defy logic.

Fan Marino: Panthers fans concerned Tepper would look to rebuild the team’s front office and coaching staff can rest easy. Both Head Coach Ron Rivera and General Manager Marty Hurney received positive reviews from Tepper’s colleagues in Pittsburgh. As a result, there are no plans to make any changes to football operations prior to the 2018 season.