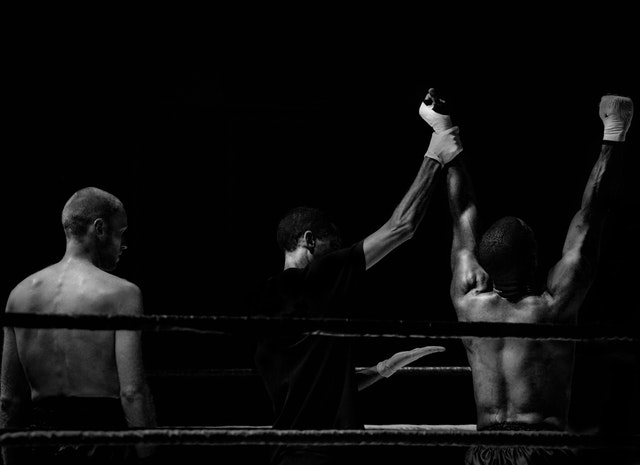 Premier Boxing Champions has signed a 4-year broadcast deal with Fox and extended its contract with Showtime (the networks will work in conjunction with each other) through 2021, agreements that will give Al Haymon’s promotion the largest annual budget in boxing; each deal is said to be worth more than $60 million/year. The deal with “new Fox” (live sports & news focused) calls for 10 “championship-level” fights to air on the 4th broadcast cable network and another 12 fights to be shown on FS1; Showtime will carry “a monthly series of events”. PBC’s new annual budget reportedly surpasses the $125 million/year Matchroom Boxing USA receives from DAZN. PBC cards will be held at the Barclays Center; the promotion has signed an exclusive deal with the Brooklyn arena to host 8 cards/year.

Howie Long-Short: PBC fights currently air on Fox and FS1, but PBC paid the network for that broadcast time. Times most certainly have changed! The first PBC card on Fox (under the new agreement) is scheduled for December.

There are 2 reasons why broadcast networks/streaming services (see: DAZN, ESPN/ESPN+, HBO) are pumping money into boxing; live sporting events are in demand (Murdoch called live sports “the most valuable content in our industry”) and broadcast rights to the NFL, NBA, MLB and NHL are tied up until at least 2022. Fox, in particular, is hungry for programming with up to 15 primetime hours/week to fill once the Disney deal closes; SmackDown Live will air on Friday nights, PBC boxing will take the Saturday night primetime slot.

To understand how PBC and Fox backed into the annual broadcast rights fee ($60 million+), it’s important to understand that broadcast rights fees are typically determined on a per fight basis and that a contest featuring 2 top-tier boxers draws upwards of $5 million. If each of the 12 FS1 fights featuring less decorated fighters were to draw $1 million on the open market, the math works. It’s worth noting that Fox holds PPV broadcast rights as part of this deal, so it’s possible the arrangement could end up being more lucrative than already assumed.

Twenty-First Century Fox (FOXA) reported fiscal Q4 earnings rose 58% YoY (to $.57/share) on August 8th. FOXA increased revenues +18% YoY (to $7.94 billion) with “strong double-digit growth across all operating segments”; the company’s Filmed Entertainment segment (see: Deadpool 2, The Greatest Showman), Cable Network Programming (see: Fox News, Fox Business) and Television segments were credited with driving the top line growth. Of course, most those FOXA’s film and television assets will be under Disney control moving forward; the company will not hold an earnings call during fiscal Q1 as it works through the transformation. Shares are +27% YTD. They’ll open at $44.88 on Friday morning.

Fan Marino: PBC’s deal with Fox will mark the first time in nearly 40 years that boxing appears weekly on broadcast television. That’s great news for boxing fans as it’s unreasonable to expect even the biggest of fans to subscribe to ESPN+ ($4.99/mo) and DAZN ($9.99 mo.), carry a premium cable subscription (for HBO & Showtime) and still pay for the occasional PPV fight. There is a limit to ones’ discretionary income.

Yes, the addition of new broadcast partners increases the number of fights taking place and boosts the sport’s exposure (it also increases the size of the purses for fighters), but it’s important to point that it also creates a fractured environment where network affiliation prevents some of the biggest fights from being scheduled (think: HBO vs. Showtime, now add a handful of other players).