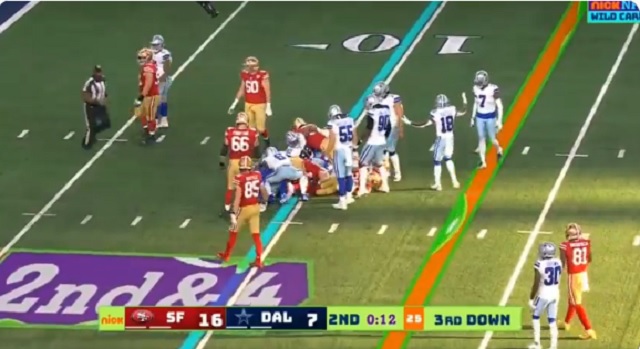 Nickelodeon should probably consider running their broadcast of NFL games on a delay.

During Sunday’s Cowboys-Niners wildcard playoff game, a player could be heard dropping an F-bomb during the NFL broadcast meant for kids.

Players loudly yelling “Fuck” during the Nickelodeon broadcast is a yearly tradition pic.twitter.com/bd2wGE4UhC

During last year’s inaugural NFL broadcast on Nickelodeon, Cordarrelle Patterson was heard yelling “what the fuck” that led to an awkward on-air moment.

That is now two years in a row that someone in the game has screamed "FUCK!" on the Nickelodeon NFL WIldcard Game Broadcast