PDP Acquires Land For Ballpark, One Step Closer To Bringing MLB to the City of Roses 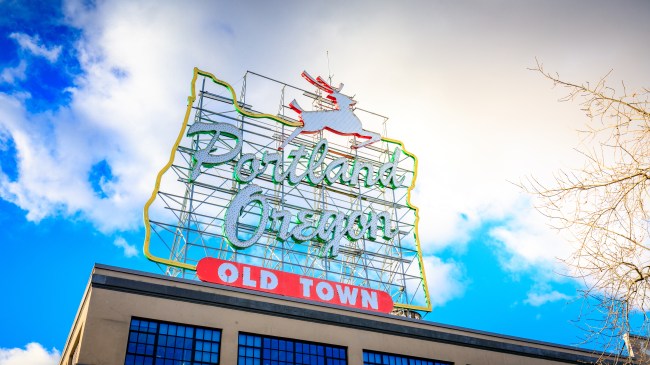 PDP Acquires Land for Ballpark, One Step Closer to Bringing MLB to the City of Roses

The Portland Diamond Project (PDP) has announced an agreement in principle with the Port of Portland to acquire a 45-acre parcel of land on the Williamette River, to be used for the construction of a 32,000 – 34,000 seat, retractable roof, state of the art ballpark and some additional development (see: outdoor amphitheater). PDP, the city and local counties will now work on bringing a 2nd Major League Baseball team to the Pacific Northwest. Little information is known about the group privately funding the project, but Craig Cheek (a former Nike EVP) is leading the Portland Diamond Project and both Russell Wilson and former Trailblazers TV PBP man Mike Barrett, are among the faces being used to promote it; all 3 are invested in PDP. PDP hopes to have a team playing in the new park by Opening Day 2022.

Howie Long-Short: PDP has several hurdles to clear before MLB comes to the City of Roses, none bigger than landing a club (either via relocation or expansion) that would play in the stadium; Cheek has made it clear that this is not a “build it, and they will come” situation (think: Sprint Center in KC). The lack of public transportation available near the site (see: just one bus route currently exists), questions about who will pay for the infrastructure necessary to make the site a viable option for a pro baseball team to call home (think: road construction, new public transportation options) and the potential for development to negatively impact the area’s environmental ecosystem are all issues that will need to be addressed, but the group has the support of Portland Mayor Ted Wheeler; Wheeler said he looks forward to “moving this initiative forward.”

Oakland and/or Tampa Bay could end up relocating, but I suspect MLB ultimately awards Portland an expansion franchise (if the city is to get one); the commissioner is on record expressing his desire to expand from 30 to 32 clubs. Don’t expect much pushback from league ownership. MLB is going to sell expansion clubs for between $800 million and $1 billion and it’s difficult to envision the league’s owners leaving $66.6 million/per on the table; even if it means a diluted share of future media rights.

Fan Marino: Should the Portland Diamond Project come to fruition, the deal would more closely resemble the development of Nationals Park in Washington’s riverfront business improvement district than the Warriors new arena under construction in Mission Bay San Francisco (a safe/clean area). The PDP plan is being touted as a “transformative landmark project” that would “catalyze economic development” in an industrial part of town (it’s been used for cargo & metalworking storage for decades).

Since Nats Park went up in 2008, the number of families living around the stadium has quadrupled (to 3809), household income has risen 127% (to $78,265) and value of real estate in the neighborhood has increased 130% (to $2.65 billion); as new residential towers, a waterfront boardwalk and dozens of restaurants have replaced low-income housing projects, fenced off gravel pits and empty lots. The ballpark is also now generating so much stadium related tax revenue, that the city made an additional $17 million payment on the building’s construction loan in 2017.

On the surface those numbers appear impressive, but Dennis Coates an economist at UMBC doesn’t buy into the notion that Nats Park has positively impacted the area’s economy. Coates said, “it is very common for people to say, ‘just stand here and look at all the cranes,’ and attribute that to the stadium” but, “it is one big shell game. This is not income growth; it’s redistribution. It’s money that was being spent in Northern Virginia or Georgetown, and now it’s being spent near the ballpark.”

Coates isn’t wrong, the substitution effect is in play here, just not at levels we’ve seen in other cities; 65% of those moving into the neighborhood of the stadium are from outside the District. Rising property values and an expansion of the city’s tax base are also undeniably positive developments for the city, that can be tied directly to the construction of the sports venue.