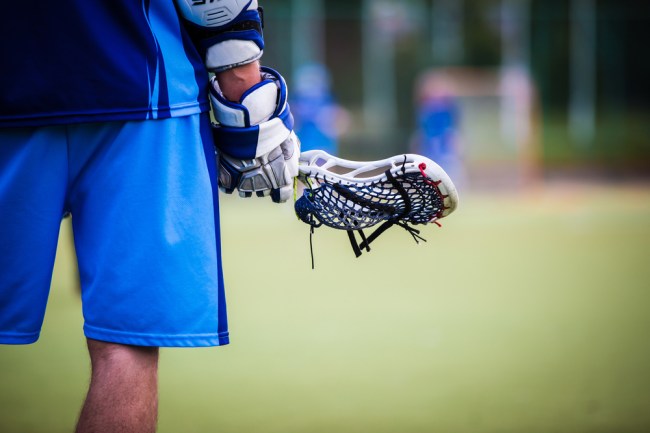 The Premier Lacrosse League (PLL) intends on becoming the sport’s preeminent outdoor pro league (will challenge Major League Lacrosse). 6 teams (20 players/per) will compete in the PLL’s inaugural season (starts June ’19), a 12-stop tour-based schedule that will include an All-Star game and playoffs; NBC Sports Group will carry the game broadcasts. The PLL has been able to secure the sport’s best talent by offering full-time salaries, healthcare benefits and equity interest to all players. Lacrosse star Paul Rabil (first lax player to top $1 million in endorsements) and his brother Mike (PLL Commissioner) are the brains behind the new single-entity lacrosse venture. JohnWallStreet recently sat down with Paul to learn more about the new league. In part 1 of a 2-part interview (P2 will be released next week) we spoke about why the PLL is positioned for success and the league’s tour-based model.

JWS: You can argue that in the last 50-60 years, we’ve seen the successful emergence of just a single domestic pro sports league (MLS). Why is PLL going to become the next success story?

Paul: I would disagree that MLS is the only sports league that’s seen or up-ticked success over the last 50-60 years and argue there’s never been a time where we’ve seen so much growth in sports, specifically non-big four sports. If you begin to look at individual sports, we’ve seen the tour-based model work most recently with the UFC, as well as the emergence of World Surf League, PBR, Drone Racing League and eSports.

Mostly though, success is defined by a sports property’s achievement of goals and expectations. NFL and NBA teams are targeting billion-dollar valuations, while many leagues are built and shaped to reach profitability – or “X” amount of millions of dollars in annual EBITDA. The PBR and UFC have both sold within the last decade, and the WWE trades on the NYSE. I would consider those three successes.

JWS: How will PLL define success?

Paul: For us, success will be defined by the enterprise value we create for our players, investors, and employees. We’ll drive toward success by building a robust media and broadcast plan, signing corporate partnerships, hitting major ticket sales numbers and rolling out a merchandise business; as well as our youth lacrosse initiatives. We’re off to a nice start with earned media and the ongoing attention we’re continuing to aggregate post-launch of the PLL – we hit 60 million impressions within the first week of the PLL announcement.

JWS: The PLL is going to operate on a tour-based model (think: NASCAR, PGA), creating a final-four like atmosphere (think: multiple games, FanFest, corporate village) in each of the 12 cities it visits. Why the tour-based model over a more traditional city-based one?

Paul: We thought critically and creatively about the build of the PLL, and call our solution an “inside-out” approach. What’s most important in any pro sports league is your talent – which has to be the best in the world – your competition, and your distribution. We knew we had the best players. Then we needed to create the most competitive environment – which meant 6 independent teams, governed by top-tier coaches, a college draft, training camp, regular season, all-star break, playoffs and a championship. And finally, with the aforementioned in-place, we needed a major network partner for mass distribution of the live games. Which we secured with the NBC Sports Group.

Traditionally, if you look at pro sports from an operator’s perspective, you see a city-based model with individual owners. And if you don’t own a venue, you aren’t able to optimize your schedule – home and away games – or the broader business opportunity; from parking and concessions revenue to other ancillary opportunities. Niche team sports leagues are often low-priority tenants on a lease, playing in non-preferred venues, with little flexibility in the scheduling; making it difficult to find a media partner.

The other issue we identified with a traditional city-based model was that if you’re not in 30+ markets (i.e. the NFL, NBA, NHL) – or if you’re the MLL and are in fewer than 10 markets – than the city-based model actually does not achieve national recognition or prominence.

With 6 teams in the PLL, we decided that being tour-based could not only capitalize on operational opportunities like securing premier pro sports venues over a single weekend in a major market city, but would also allow lacrosse fans nationwide to feel included, rather than ostracized for not having a team based in their market. Put simply, a tour-based model makes us a national sport overnight.

Lacrosse has grown rapidly over the last 15 years and we’re seeing the emergence of new hotbeds in the South, Midwest, Pacific NW and out West; it’s no longer just a Northeastern sport.

JWS: How do you keep a fan engaged throughout the season if their favorite team/player is going to play once/season at “home”?

Paul: We have to get the competition right. This is not a showcase series. Fans will not feel like their teams aren’t competitive because they’re not anchored to a city. Our gamedays will embody the best players in the world, competing to win, with the goal of capturing a PLL Championship at the end of the year. That’s at the core of the PLL.

Our investment into our teams and player narratives will capture the attention of lacrosse fans and net new sports fans. Our players are world-class talents, with dynamic personalities and origin stories. And much like the UFC showcased their athletes and competition with The Ultimate Fighter, we plan to create original shows around our athletes and teams, additive to the live broadcast. That’s where the intersection of fandom lives.

Additionally, our major media rights partnership with NBC Sports Group will showcase professional lacrosse like it’s never before been witnessed. Every game will be broadcasted live – with 19 games on broadcast television. Production quality will be at its finest. This way, fans everywhere can watch their favorite teams compete every week of the season.

Finally, major sports leagues galvanize fan bases with fantasy sports and gambling. We’re being strategic here, and are prioritizing stat-keeping on behalf of our players and teams, as well as rolling out league-wide standings and playoff predictions. Fans care about player trades, waiver wires and player pools. They care about the next stars of the college draft. There will be performance incentives and bonuses for top players and coaches.

As a group, if we get all of those things right, a tour-based model becomes a function of operating, and the prevailing subject matter is team competition and player performance.

Howie Long-Short: It’s known that The Raine Group, Chernin Group, Creative Artists Agency and Blum Capital are among those funding the league. There’s a series of family offices and angel investors (including former NE Patriots player Chris Hogan) that have also invested, but have elected to remain private.

Fan Marino: While youth participation in football has declined (-23%) over the last 5 years, Lacrosse has experienced explosive growth over (+35% to 2.17 million participants) that time; curious if only because the suspected cause of decline in football participation is related to head injuries and lacrosse also subjects players to hits to the head. NYIT researchers recently released results confirming “subtle cognitive declines” in lacrosse player studied over the course of a season. I asked Paul why he suspects the threat of brain injury has impacted participation in one sport but not the other?

Paul: I would suspect the challenge plaguing football is the volume of helmet-to-helmet collisions and tackling during every play – especially through the art of contact at the line of scrimmage between offensive and defensive linemen, as well as running backs. In lacrosse – while a contact sport – tackling is illegal, as is any form of helmet contact. In our sport, the emphasis in contact is on stick-checking to dislodge the ball from a player’s crosse. While contact and concussions occur in all sports – even soccer and basketball – lacrosse gear is intended to protect primarily from stick-checking, or the rubber ball making contact with a player’s head – wherein lies the helmet protection.