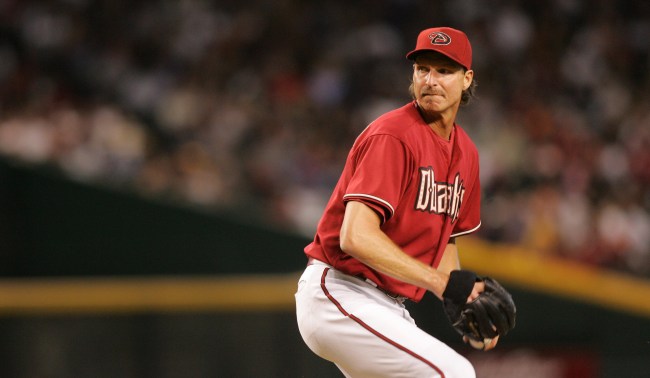 A massive mansion in Arizona owned by Baseball Hall of Famer Randy Johnson is headed to auction and, man, do you need to see this place.

Apparently The Big Unit’s big estate has been difficult for the lefty to unload. It’s been on the market, according to Realtor.com, since 2014.

So if you’re in the market to own five acres of luxury in the Copper State, there’s a good chance you can snag it for around half the initial asking price.

But what do I get for my millions, I hear you asking. Solid question, home shopper.

You get a furnished 25,416-square-foot home sitting on 5.03 acres in Paradise Valley, Arizona. Inside that home you get seven bedrooms, 12 bathrooms, a three-story elevator, home automation and security systems, a chef’s kitchen, private theater with tiered seating, a billiards room and wet bar, two executive offices/studies, a climate-controlled wine cellar, a poker room, a music room with a pro lighting package, a recording studio, and a custom-designed instrument showroom. The master suite features a giant walk-in closet, spa bath with fireplace, a jetted soaking tub, custom dressing room, a sitting area, and a private terrace.

Interested? Bidding opens January 29th at 6 p.m. EST. Qualified bidders must show proof of funds and must deposit $100,000 into a third-party escrow account, according to Realtor.com.