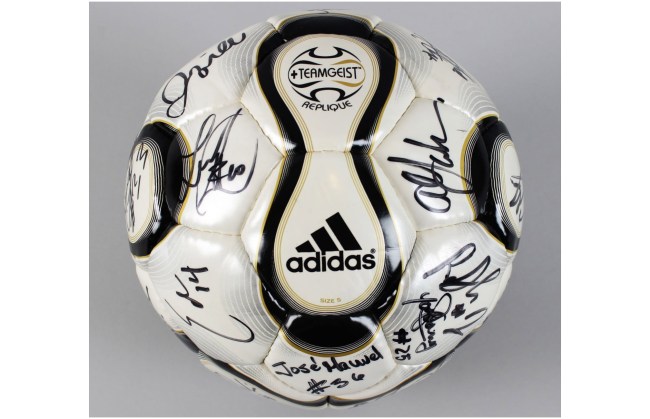 Real Madrid has agreed a 10-year deal with Adidas worth at least $1.25 billion, the most lucrative kit manufacturing pact in soccer history (previously: Manchester United/Nike worth $97 million/year). The deal’s value, worth more than twice the $59 million/year Los Blancos currently earns from its kit sponsorship agreement (also with Adidas), could rise to as much as $171 million (from $125 million) annually should Adidas reach merchandising and performance milestones. The newfound revenue will be used to help fund the redevelopment (cost: $650 million) of Santiago Bernabeu stadium (their home field) and to sign top-tier talent; the club has been relatively quiet in recent transfer windows.

Howie Long-Short: While Real Madrid re-signed with Adidas (been with company since ’98), the German apparel company wasn’t bidding against themselves; Nike and Under Armour were also interested in outfitting the La Liga club.

For perspective on the deal’s size, consider that Nike is paying the same amount ($1 billion over 8 years) annually to outfit (game jersey, shorts & socks) all 30 NBA franchises. If you’re wondering who signed the better deal (Nike or Adidas), consider that the NBA boasts of more followers/fans (1.5 billion to 689 million) across social media platforms and delivers the greatest “commercial impact” (according to the POWA Index) of any brand in sports.

Fan Marino: Speaking of the NBA, Monumental Sports & Entertainment announced a multi-year jersey patch sponsorship agreement with Geico that will result in the insurance company’s logo occupying space on the Washington Wizards, Washington Mystics (WNBA) and Capital City Go-Go (G-League) game uniforms. Financial terms of the deal were not disclosed, though it’s known that the average patch sponsorship deal was worth $6.5 million to NBA teams in ’17-’18; the Warriors have the league’s most lucrative agreement (with Rukuten), worth $20 million/season. The Thunder and Pacers are the only NBA teams yet to take advantage of the newfound revenue stream.

MLS executives watched NBA teams bring in $493 million in new corporate sponsorship revenue last season (from jersey patches) and decided they too should increase kit sponsorship inventory. Starting with the 2020 season, MLS clubs will have the ability to sign secondary sleeve sponsorship pacts (each team has a main partner, Houston is the exception); deals projected to be worth $1 million to $1.5 million annually. For those wondering, top-end MLS main kit sponsorship deals are worth $3-4 million/year, though it’s said D.C. United (who is replacing Leidos as its main kit sponsor at the end of this season) is looking to re-set the market; the club is reportedly seeking $5 million per/year, a figure that would place them atop the league (LA Galaxy is currently 1st, $4.4 million/year) in kit sponsorship revenue.

European soccer has a gambling advertising epidemic. 9 of 20 EPL clubs and 17 of 24 EFL Championship League teams have gaming companies as their main kit sponsor (sports betting ads also make up 95% of commercials during live matches in the U.K). MLS currently has restrictions on gambling partnerships, but they are said to be “under review by the league”. Gaming companies will certainly have interest in secondary kit sponsorships and they could bring MLS clubs much needed revenue, but here’s to hoping the league opts to avoid the low hanging fruit; a recent study indicated the U.K. has 430,000 “problem gamblers”, including 25,000 between the ages of 11-16. Incessant gambling advertising is contributing to (if not the root of) the problem.