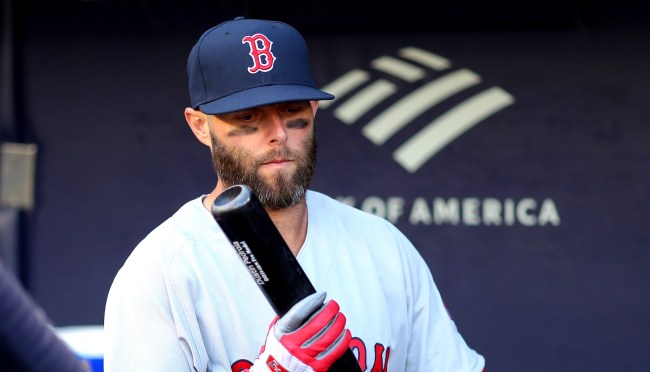 The last time we saw a Boston sports favorite put his mansion on the market he ended up leaving town and moving to Tampa.

Should Red Sox fans expect someting similar to happen with their longtime star second baseman Dustin Pedroia now that he’s also put his mansion, located just down the road from Tom Brady’s property in Brookline, on the market for $8.95 million? (Just a hair less than the $39.5 million Tom and Gisele are asking.)

Hard to say, but Pedroia’s mansion in Chestnut Hill sure seems like the better deal.

And that’s just on the first floor.

On the second floor is a master suite with a generously-sized bedroom with fireplace, sitting room, secluded balcony, large marble spa-like bath with a free-standing tub and a private water closet.

In addition to all that, also located on the second floor are five more bedrooms with en suite baths, a playroom and a laundry room.

If that sounds pretty dope, that’s because it is.

Alex Cora, talking about Dustin Pedroia's house: "To see the house he has, I'm like, 'Wow. You did well, bro. What a story, you should write a book.' … They should do that show again — 'Cribs' — and go to Pedroia's." #RedSox

Check out even more pics over at Realtor.com where they estimate that it can all be yours for somewhere around $39,718 a month in mortgage payments, with a small $1.79 million down payment, of course.

Anyone with an extra $8.95M can purchase Dustin Pedroia's Chestnut Hill mansion which was put up for sale. You'll be neighbors with whoever buys the Brady estate. pic.twitter.com/Rk9v39Gka3