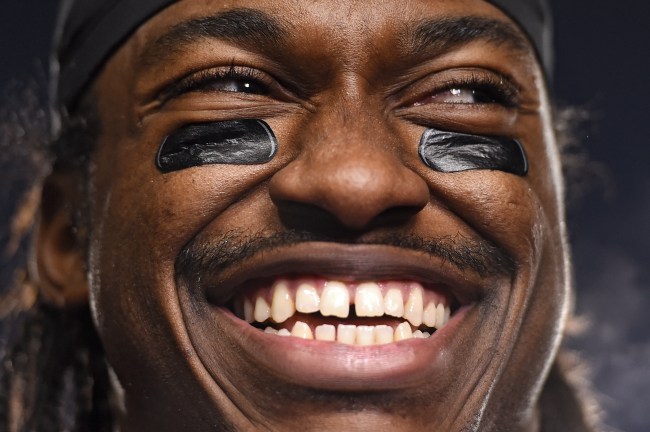 Robert Griffin III is currently in Baltimore where he’s the third tier QB, playing backup to Lamar Jackson who is the backup to Joe Flacco. He’s spent his injury-plagued NFL career with the Washington Redskins, Cleveland Browns, and now the Ravens but Robert Griffin III‘s a Texas boy who is getting paid $1.1 million this year and has earned $28.1 million in his career so far.

RG3 was born in Japan where both his parents were US Army sergeants, but they settled in Texas in 1997 after retiring from the military and that’s where Robert grew up. He competed for (and lost) two Texas state championships in H.S. football and after that was the QB at Baylor where he graduated in 3 years with a 3.67 GPA and Political Science degree (Dean’s List twice). Texas is home to Robert, and that’s where he’s been living for years in a sprawling Lake Conroe house just outside of Houston.

His Lake Conroe house recently went up on the market and it’s listed at $2.6 million. It has 8 bedrooms and 10 bathrooms and it was built in 2007. Other amenities include a wet bar, grotto, movie theater, game room, private dock, 9-car garage + 2-car garage/golf cart addition, outdoor kitchen, beach entry pool, a swim-up bar, and more. This house legitimately looks like something I’d expect to see on MTV’s Cribs back in the day:

The 110 April Breeze Street listing is being handled by Portfolio Houston and you can get full specs on the house by following that link. They’ve got some absolutely insane photos of the house (wish I could share them) at that link so check it out!