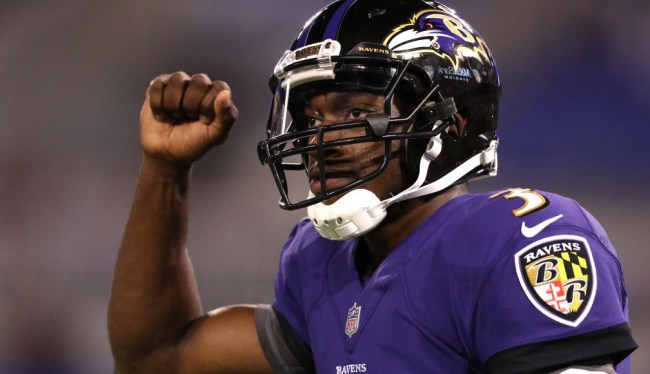 We’ve taken a look a lot of truly amazing homes and estates being sold by celebrities including professional athletes like Randy Johnson, Shaq, Alex Rodriguez, and more over the past couple of years. But none of them have spoken to me the way the stunning lake house Robert Griffin III is selling in Texas does.

I can certainly understand why he is selling it, given his current situation playing in Baltimore and recently having his second daughter, first with his new wife Grete Šadeiko.

I could definitely see some women viewing the house as a bit too masculine, but not me. (I’m not a woman, nor do I currently have to cater to one. High five!) For me it’s perfect. If only I had $2.6 million lying around I would be snapping up this property in a heartbeat.

Which is why it’s somewhat odd that this is the second time Griffin has listed the custom-built home for sale over the past year.

According to its listing on Realtor.com, the 9,091-square-foot home sits on Lake Conroe in a gated community, has seven bedrooms – each with private bathrooms, three half-baths, two staircases, two fireplaces, two living rooms, a wine grotto, a media room with stadium seating, several balconies that overlook the lake, an office, and an optional second master suite on the second floor.

On the first floor, in addition to what’s been listed, you have the other master suite, complete with a projector and motorized window shades, and a gourmet kitchen with custom cabinet finishing and an oversized island.

Outside there’s a pool with swim-up bar, several waterfalls, a spa, an outdoor kitchen, a private boat dock with two boat slips, and a nine-car garage connected to a golf cart garage.

Just look at this place… 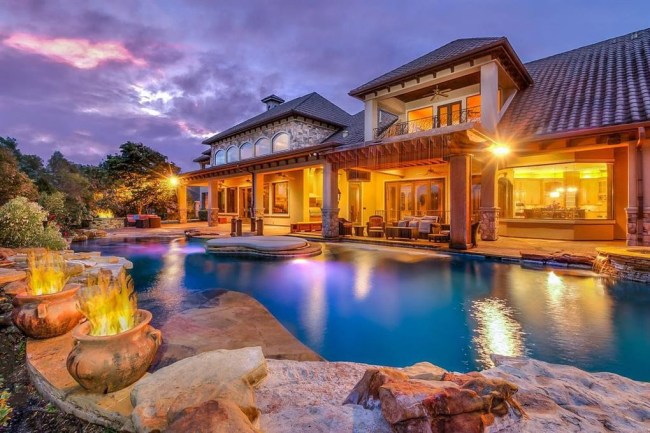 Now look inside this place…

Tell me you don’t want to move here immediately.