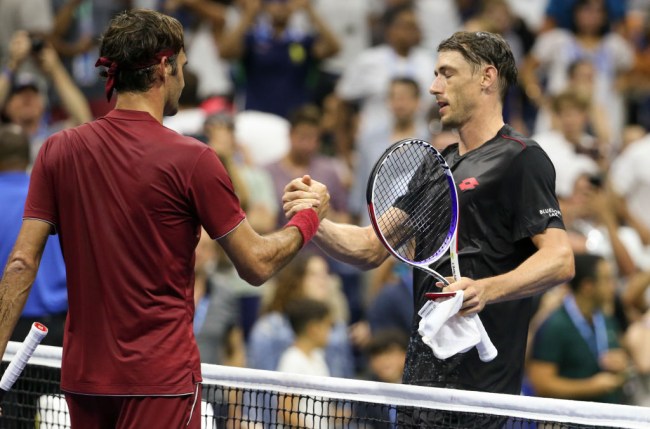 Historically speaking, betting on Roger Federer to win a tennis match is about as safe as a Jewish mother. If you bet that Federer would beat John Millman last night in the fourth round of the U.S. Open, you are a rational human being. Federer has never lost to a player outside the top 50 (Millman was ranked 55) at the Open and the 29-year-old Millman has never beaten a top-10 player before.

One Australian bettor was so confident in arguably the greatest tennis player of all-time that he dropped a small fortune on him to win. This ended very poorly.

Worst Bet Of The Night: An Australian bettor made a US$25,000 bet that Roger Federer would be John Millman. If Federer won, the bettor would have won $500. Federer lost in 4.

My brain started hemorrhaging reading that tweet, but was eventually able to convince itself that Millman wasn’t trying to be Federer, but rather beat him.

As if losing 25k wasn’t painful enough, I’m sure a nice Twitter dragging should twist the knife on this poor bastard.

Action taken by locals after hearing of such bet pic.twitter.com/WDTRZW82VS

This makes me chest hurt

This bettor shouldn’t feel too bad about himself, Millman himself was shocked he won. After the match, he said:

“I’m probably in a little bit of disbelief.”

“I have so much respect for Roger and everything he’s done for the game. He’s been a hero of mine.”

But, as they say, one man’s trash is another man’s treasure. One dude dropped $3,400 to win UUUUGE.