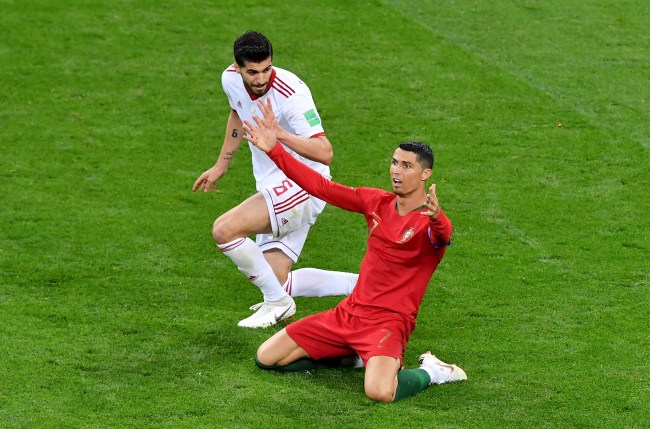 Cristiano Ronaldo appears to have agreed to a transfer from Real Madrid to Serie A champions Juventus Football Club S.p.A. Ronaldo’s contract maintains a release clause enabling him to leave Los Blancos (not for a direct rival) if a “reasonable offer” were to be obtained; Juventus has reportedly submitted a bid worth +/- $117 million (could end up as high as $140.5 million) for the Portuguese star. Should the transfer be completed, Juve will pay Ronaldo +/- $35 million/year through ’22. It’s expected that the UEFA Champions League champions will look to replace Ronaldo with Brazilian star Neymar.

Howie Long-Short: Ronaldo’s pending departure from Spain is as much about him feeling slighted by Real Madrid during his case with the Spanish tax authorities (he’s since settled for $22 million) as it is about his desire to dominate another one of Europe’s top divisions. While there are annual rumors of a return to Manchester United (or PSG), it appears the discussions this time around are for real.

Word first broke that the 5x Ballon d’Or winner could be headed to Juventus on Tuesday. Since July 3rd shares of publicly traded Juventus (OTC: JVTSF) have skyrocketed +18%; closing at $.98 on Thursday. The increase places the value of the franchise at $964.5 million.

In February, JVTSF reported half-yearly financials for the first half of 2017-2018. The franchise posted profits of +/- $50 million. Unlike publicly traded American pro franchises, JVTSF revenues/profits are “strongly influenced by the performance of sports results and in particular the UEFA Champions League”. This past season the club reached the Champions League quarterfinals, before losing to Real Madrid.

Fan Marino: Should the deal go through, it’s possible Ronaldo will appear against his current squad on American soil. Real Madrid is scheduled to play Juventus in the International Champions Cup in Washington D.C. on August 7th.

There may be a few other opportunities to see Ronaldo in the U.S. this summer. Juventus will make appearances in both Philadelphia (7.25.18, vs. FC Bayern) and Harrison, NJ (7.28.18, vs. Benfica); and will take on the MLS all-stars in New Orleans on August 1st.

The ongoing threat of potential lawsuits by NFL players related to brain trauma has prevented Riddell owners from selling the manufacturer of America’s most popular football helmet. Riddell is profitable (on $200 million in revenue), but prospective buyers remain fearful of “possible crippling damages” from future suits. It must be noted there is also a CTE-related class action suit currently pending against the company. That lawsuit was filed on behalf of 4,500 former NFL players.

Howie Long-Short: Fenway Partners acquired control of Riddell in 2004 near the height of the NFL’s popularity and recently sold many their investor’s shares, so it would seem as if Riddell was a losing investment for the firm; but, a deal with Hollyport Capital has given the P.E. firm a 2nd chance to turn a profit on the company. Should Hollyport Capital sell Riddell above its current intrinsic value, its agreed to pay Fenway a percentage of the profits. Of course, there’s no guarantee Hollyport is going to be able to sell the company anytime soon; there’s no financing to be had, traditional lenders are avoiding the helmet manufacturing industry like the plague.

Looking for a publicly traded football equipment manufacturer? XTECH Protective Equipment is utilizing military grade XRD foam to create state of the art shoulder pads. The 6-year-old company manufactures and distributes pads marketed as the lightest weight, most protective product on the market. Super Bowl Winning Coach Brian Billick is an investor in the company, which now boasts of players on 29 NFL teams (and 250 college teams) wearing its product including; Khalil Mack, Von Miller and Le’Veon Bell.

XTech has an exclusive contract with XRD Impact Protection for use of its foam in NFL, college and youth football pads. XRD is owned by Rogers Corporation (ROG), a technology company focused on creating innovative solutions for power electronics, advanced foams for cushioning and protective sealing, and high frequency printed circuit materials. It should be noted that ROG shares have declined -37.5% ($114.72), since reaching a 52-week high in mid-January.

Fan Marino: Following an annual laboratory study to assess helmet performance, the NFL recently announced a list of 10 helmets (from SG, Rawlings, Schutt and Riddell) that will be eliminated from the game. New players and those who didn’t wear the helmets in ’17, will be prohibited from wearing those 10 models this season; a full phase out is expected following the 2018 season. It’s been estimated that +/- 200 players wore the now banned models last season. The study determined that of 34 helmets tested, VICIS ZERO1 “best reduces head impact severity.”