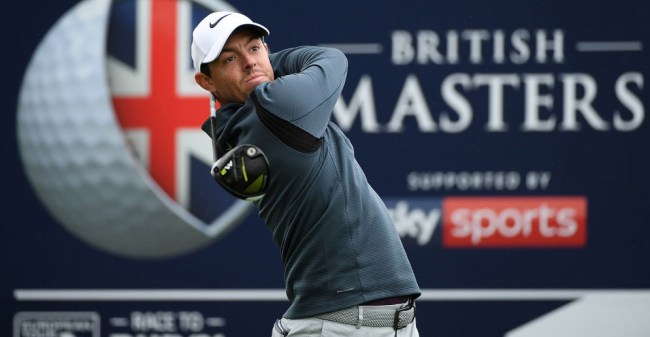 Now that he’s married to former PGA employee Erica Stoll, Rory McIlroy just bought a new house, Ernie Els’ old mansion just five minutes away from the exclusive Bear’s Club. So he really doesn’t need his other gigantic home in Florida. You know, the one he bought for $9.5 million back when he was dating Caroline Wozniacki.

Of course, now the mansion, built in 2010, is worth a lot more than it was back then. I mean, Rory McIlroy lived there…pfft. Now he’s looking to unload it for around $13 million. Quite the markup after just four years or so.

Rory McIlroy puts his Florida mansion up for sale for $13m… it has six bedrooms, framed Man United shirts on the wall and a full indoor gym https://t.co/MGt0knbgcR pic.twitter.com/64VrT2wSOM

According to the listing on Zillow…

This amazing Waterfront Estate is being sold WITH THE ADJACENT WATERFRONT HOMESITE! It is already cleared and ready for a house, tennis court, indoor workout facility or may be sold off for top dollar as there are virtually no waterfront homesites available, especially in a location as desirable as this one. This home and surrounding property is amazing! There are over 10,000 sq/ft. of pristine, clean, contemporary splendorous indoor living within this home built in 2010. Although the house shows as if it were brand new. It’s fabulous! This contemporary home is large but lives very comfortably thanks to the well thought out design.

The estate also has its own dock, six bedrooms, seven full bathrooms, two half-baths, an elevator, a synthetic putting green by the pool, a guest house, and score, central heating and air!

Check out more pics of the sick estate below as well as a video of McIroy giving a tour of the home to the PGA Tour back in 2013.

Rory McIlroy’s has put his Florida mansion up for sale for $12.9m! Take a look: https://t.co/YAf6XpWKfM pic.twitter.com/SBpRb8vYrE

Rory McIlroy's waterfront mansion in Palm Beach Gardens, Fla., is on the market, but it comes with the hefty price tag of $12.9 million. https://t.co/VlG1kB2krd

Rory McIlroy's slick waterfront Florida mansion can be yours for $12.9 million: https://t.co/4LIeqDN2fc pic.twitter.com/DIN2PInI21