Take A Tour Of The Huge House ESPN’s Scott Van Pelt Is Selling In Connecticut For $1.875 Million 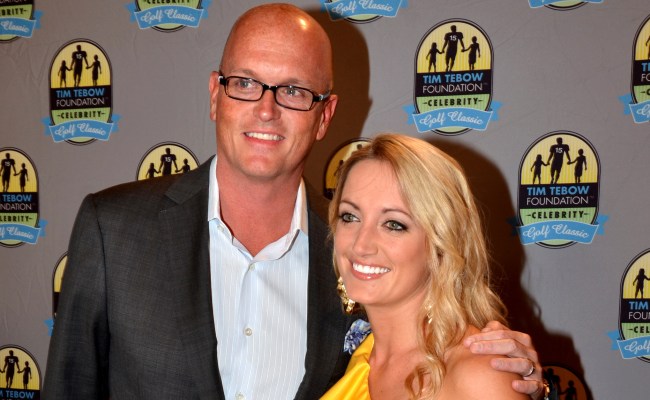 Professional athletes aren’t the only people in the sports world who can afford to live in some of the most amazing homes in America.

The biggest names in broadcasting, like ESPN’s Scott Van Pelt (pictured with his wife Stephanie above), can also afford to reside in a seriously baller house.

For example, in March, Van Pelt purchased a massive, and I mean MASSIVE, estate in Bethesda, Maryland for $4.25 million. We’re talking six bedrooms and 7.5 bathrooms, and 11,519 total square-feet of living space, according to Realtor.com.

Which means, SVP won’t be needing the home located in Farmington, Connecticut, not too far from ESPN headquarters, the he purchased in October 2014 for $3 million.

This house is no starter home either. It comes in at a very large 8,801 square-feet with six bedrooms, 4.5 bathrooms, and an absolutely stunning yard.

A most incredible home is waiting for you to call your own! Nestled at the end of a cul de sac with easy access via trails to the Farmington reservoir for wonderful hikes/biking/picnics or adventure.

Enter through the front door to a lovely foyer. There is a formal dining room w/wood burning fireplace, a light filled living room w/fireplace currently used as an office. There is a great family room w/fireplace open to a spectacular kitchen w/Carrara marble countertops, an island and a separate eating area w/French doors that open onto an expansive patio w/gas grill overlooking a private yard for lots of entertaining or play.

There is a well planned mudroom w/built ins from the 4 car-heated garage, a half bath and a back staircase to a terrific bonus/playroom.

The second floor boasts a wonderful master bedroom w/large, remodeled bathroom and walk in closets. Two more bedrooms share a jack and jill bathroom. There is a fourth bedroom w/en suite full bath and an incredible bonus/playroom off the back stairway.

The third floor offers 2 more large bedrooms with a shared bathroom along with a sitting area.

The lower level will wow you from the media room w/comfortable seating for movie/sports entertainment and a wet bar to the spacious work out area and an extra playroom along with plenty of storage.

Whole house generator, speakers throughout, hardwood floors throughout. So many wonderful features make this a house you will want to make your home!

I LOVE this house.

This huge house ESPN's Scott Van Pelt is selling in Connecticut is sick. I want to live here, now.https://t.co/Xa38PXIbZO pic.twitter.com/6Fk67hQNdE

Take a video tour of the place below and check out many more pics over at Realtor.com.