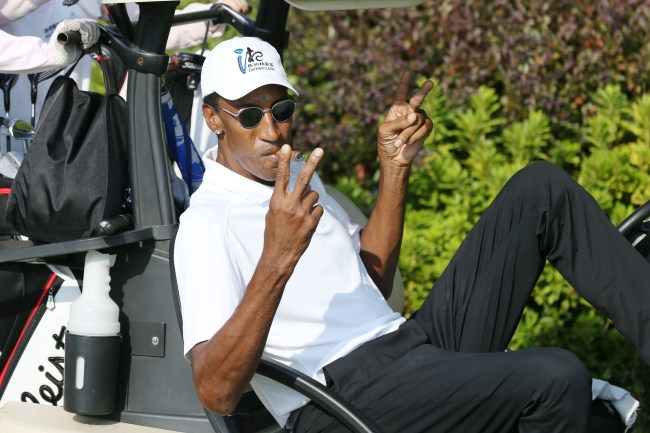 Scottie Pippen has been a rich man for a long time. He might’ve come from humble beginnings but he made his first million dollars all the way back in the 1980s and went on to earn $109,957,430 on the court throughout his NBA career before factoring in endorsements. Yes, he could’ve made a lot more but he’s still lived an affluent life for a long time.

He spends most of his time living in Los Angeles these days but his heart will always be in Chicago and Pippen recently opened the doors of his 10,500 square foot Chicago mansion to Architectural Digest (previously listed at $2.795 million). He gave a tour of the opulent property with a custom Chicago Bulls-themed indoor basketball court. The ‘Mediterranean-inspired’ mansion might seem out of place in (Highland Park) Chicago but it really works.

Pippen purchased this palace back in 2004, the year he retired from the NFL, and uses it mostly as a vacation home when he wants to get away from California. This mansion has an inviting pool with an attached hot tub and water slide, a putting green where he can practice chipping, a comfortable movie theater room with chairs I’m immediately envious of, and more.

The indoor basketball court is a must-have for an NBA player living in Chicago, affording them the ability to workout anytime they want through the bitter winters. But Scottie choosing to purchase this home the year he retired raises some questions about what he thought he’d be doing with the court. I am more than a little jealous of that vintage Mrs. Pac-Man game. I’ve been thinking about hooking up a Raspberry Pi to a hand-built machine for my own theater room but anytime I get the motivation to get started on it I’m in the middle of doing something else. Maybe it’s a pipe dream.

One thing I find intriguing about Scottie Pippen’s Chicago mansion is how the best decor is really just artifacts from his playing career. He’s got his Bulls jersey, ESPY awards, NBA All-Star MVP award, and other accolades. Those are artifacts that other wealthy folks can’t just stroll into an auction house and purchase anytime they want and they add a ton of character to this vacation house for Pippen.

To read more about Scottie Pippen’s Chicago mansion and see additional photographs, you can head on over to the original article Architectural Digest.