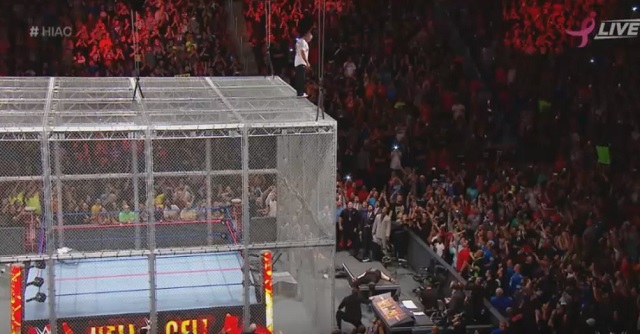 Shane McMahon did it again. One year after jumping off the cage at Wrestlemania 32 against the Undertaker, Vince McMahon’s son Shane once again jumped on top of a cage during a Hell in a Cell match and bah gawd he might be dead.

McMahon has some big balls to do that again. Say what you want to say about wrestling but I would never do that.