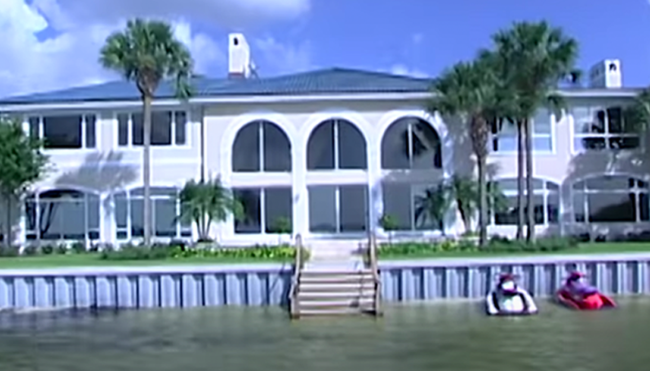 At the start of the new millennium, MTV gave viewers a chance to live vicariously through the many celebrities who welcomed a film crew into their home in exchange for the chance to flex on an episode of Cribs.

It’s ironic that Redman’s tour of his extremely humble abode in Staten Island may be the most iconic segment the show ever produced, but there are also plenty of memorable episodes featuring notable names showing off the baller pads Cribs was primarily known for showcasing.

In 2003, MTV took a trip down to Orlando to get a peek at the mansion Shaquille O’Neal called home at the time, which featured a garage filled with luxury cars, an indoor basketball court, and the truly legendary circular bed featuring the Superman logo that was incorporated into a number of different areas of the house (things kick off around the 16:30 mark in the video).

In 2018, Shaq decided it was time to part with the four-acre compound located in Isleworth, the exclusive gated community that Vince Carter, Tiger Woods, and a number of other high-profile names have formerly called home. The property was originally listed for $28 million, and while multiple outlets reported it sold at a sizable discount earlier this year, ESPN reports it’s still on the market after it recently resurfaced on Zillow sporting some notable changes.

The biggest alteration is the price, as 9927 Giffin Court is currently listed at a comparative bargain of $16.5 million. However, the real estate agent tasked with offloading it has also decided to harness a new strategy, as the new photos are virtually absent of references to the home’s owner that were previously used as a selling point.

I wish Shaq—and anyone who might be interested—the best of luck.