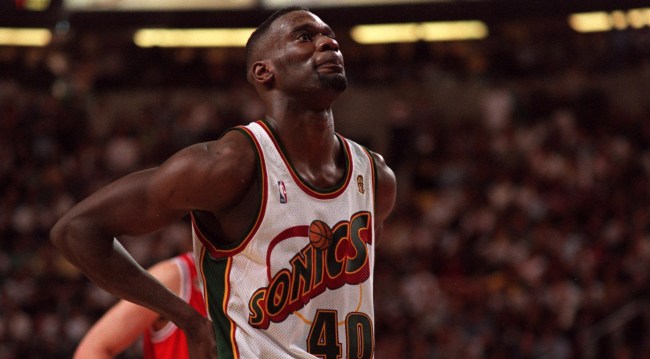 How would living in a 13,310-square-foot home on 4.73 wooded acres located on the outskirts of Seattle sound? Good, right? Now take a wild guess what an estate that vast will cost? Has to be several million dollars right? Try just $2.5 million.

Bonus? You’d be buying it from one of the best players to ever lace up their sneakers for the Seattle SuperSonics, Shawn Kemp.

As we’ve seen in the past with Adrian Peterson’s house in Texas, Randy Johnson’s humongous estate in Arizona, and others, the real estate market for properties like the one Kemp is selling is not great, which explains the ridiculously low price of just $2.5 million.

Kemp originally put the Maple Valley, Washington estate on the market in 2018 for $3.7 million, but after finding no takers, he’s currently willing to sell it for only $100,000 more than he paid for it in 2003.

Not only do you get the gigantic house with five bedrooms, five-and-a-half bathrooms, an open-concept kitchen, a couple of wet bars, an office, a recreation room, a four-car garage, and an even bigger detached garage, the property also has a swimming pool and spa, a putting green, a tennis court, and, of course, a dope basketball court.

According to Realtor.com, the property can be yours for around $13,797 in monthly mortgage payments with a $500,000 down payment. What a steal.

Take a tour of your new dream home below…