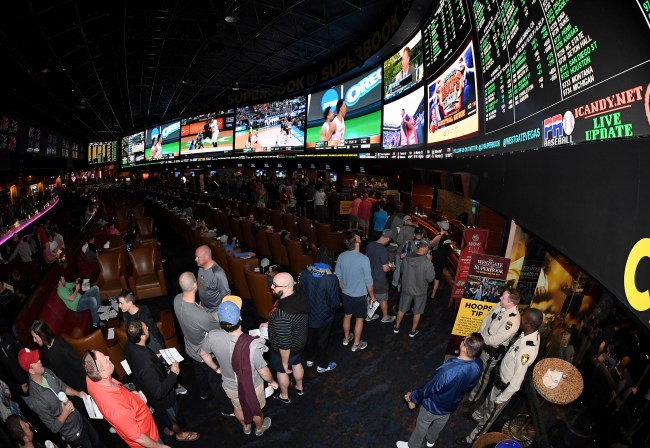 Less than 2 months after SCOTUS struck down PASPA allowing for the legalization of single game sports betting on a state-by-state basis, EQT sold its stake (35%) in Sportradar to the Canada Pension Plan Investment Board (CPPIB) and TCV (a P.E. firm), at a $2.4 billion valuation (including debt). Sportradar provides statistics, results, odds suggestions, virtual gaming and risk management services for licensed betting operators around the world; the company also has a sports data component (work with 65 organizations, including NFL and NBA) and has established itself as the authority in the sports betting Integrity Services space (i.e. fraud detection). EQT intends on re-investing an undisclosed portion of the sales proceeds in a small SportRadar stake; SportRadar will not receive any new capital. CPPIB and TCV bought 37% of the company in total, acquiring the remaining 2% of shares from minority investors; the deal is expected to close in Q4.

Howie Long-Short: EQT is a Swedish P.E. group that trades on the NYSE under the symbol EQGP. It was reported that EQGP’s bid won out over rival buyout firms KKR & Co. and Blackstone Group. At $2.4 billion the sale price represents a return of 4+ times, on the $52 million investment EQT Partners made in SportRadar back in July ‘12. Shares rose +1% ($24.00) on Monday’s news.

For informational purposes, the company generated $145 million in ’17 EBITDA (before the cost of sports rights) on $336 million in sales. The NFL, Mark Cuban, Michael Jordan and Ted Leonsis are all invested in the company.

MGM Not Concerned with Core Economics of WNBA, Using Aces to Drive Visitation

MGM Resorts International (MGM) is reportedly “all-in” on their WNBA franchise, the Las Vegas Aces. The company spent $10 million to make the Mandalay Bay Arena “WNBA-ready”, has rolled out an expansive marketing campaign across the city (includes giant Aces jersey on the Statue of Liberty at the New York, New York casino) and is affording players “top-of-the-line accommodations”; they also hired a high-priced head coach in Bill Laimbeer. While MGM is committed to “doing it right” in terms of their on-court product and in-stadium experience, generating a profit remains far down their list of priorities; MGM Resorts Int’l President Bill Hornbuckle recently said, “with a WNBA team, it’s not about core economics for us. It’s about visitation.” Rabid Aces fans haven’t shown up in numbers just yet; the team is averaging just 5,600 fans/game this season. For comparison purposes, the league averaged 7,700 fans/game in ’17.

Howie Long-Short: MGM’s enthusiasm for the Aces must be considered progress for women’s pro sports, but it’s probably not what shareholders had in mind; the WNBA isn’t historically considered a money maker.

MGM has transformed itself over the last several years to transition from a “debt burdened enterprise to cash rich one”, returning over $1 billion to shareholders since early ‘17. That appears to be just the start of the payouts, though. The company is first now approaching “the end of our current investment cycle (invested $8 billion since mid ’14), which puts us into the exciting period of generating significant free cash flow.” It’s “our desire to continue to return this accelerating free cash flow to our shareholders in the form of dividends and share repurchase.” MGM shares rose 1.69% on Monday, closing at $29.46.

Fan Marino: There’s been a lot of discussion about WNBA players earning salaries comparable to NBA players. Blazers Star Damian Lillard went to bat for his female counterparts saying, “they (WNBA players) deserve to make a lot more money”. Sure, they do (they’re the best in the world at what they do); but, there’s no conspiracy against female basketball players. The pay disparity between NBA players and WNBA players stems from the revenue gap between the 2 leagues; in ’17, the NBA generated $7.4 billion in revenue, the WNBA generated $25 million. For WNBA players to make more money, they need to grow the pie.