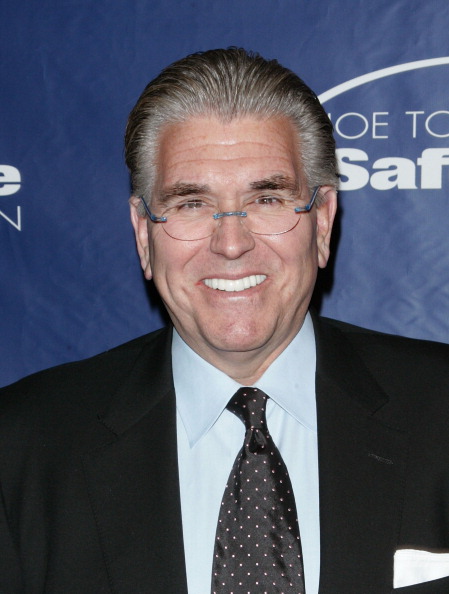 On Sunday afternoon, DraftKings x Thuzio held a “Kickoff Bash” to celebrate the start of the NFL season and the launch of the DraftKings Sportsbook in Hoboken, NJ. Nick Mangold, Tiki Barber, Brandon Jacobs and WFAN host Mike Francesa were on hand to watch the games, take pictures and sign autographs. JohnWallStreet (a proud Mongo) had the chance to sit down with Mike Francesa, ask a few questions and listen to the “Sports Pope” pontificate on NFL ownership, NFL issues and start-up football leagues.

JWS: Several weeks ago, there was an article in the WSJ asking if you owned an NFL team, would you sell it now or hold on to it (despite the league’s problems). What would you do?

Mike: There’s always been the feeling that this is the golden age to own a team, that team valuations could do nothing but go up, but with the problems that the NFL has I think it’s very much an arguable point one way or the other. There’s nothing that approaches the NFL regular season in terms of excitement, in terms of ratings, in terms of attention or anything else; but the NFL has a very soft underbelly right now. It’s got huge cultural problems (see: anthem). It’s got huge safety issues (see: concussions, CTE). There’s a bad relationship between the players and owners. It’s got a lot of issues and it doesn’t know how to solve them. So, on one side you have an embarrassment of riches. On the other side, you have a very soft underbelly right now.

JWS: So how does the league solve those issues?

Mike: The NFL has got to find a (Art) Modell. It’s got to find a (Pete) Rozelle. It’s got to find someone who can guide them through their problems. No one at the NFL right now has been a visionary. When the league took off it was Rozelle, Modell and (Gene) Klein as the triumvirate that put the TV thing together. The other unsung hero was Wellington Mara because he was willing to share equally, even though he was New York; Jerry Jones would never have done that. That was the great vision for the NFL. Everybody would share equally. Someone must become that kind of visionary either in the front office or as an owner to take care of their problems. Of course, they also have a product that overcomes a lot of their problems.

JWS: Is there a current NFL owner or executive capable of stepping into that role of league visionary?

Mike: I haven’t seen them yet. There’s some brighter guys, but they’re older. It’s got to be one of the younger guys who still has years (i.e. will maintain influence for some time). (Broncos owner Pat) Bowlen had a lot influence years ago, no longer.

JWS: The NBA has a visionary as Commissioner and the owners-players relationship is stronger in the NBA than the NFL. If you had $2.5 billion dollars, would you buy an NFL team or an NBA team?

Mike: I would still buy the NFL team because the money that is there before you even sell a ticket, is so extraordinary from television; it’s still so unequal compared to the rest of the other sports. You’re right. NBA owners maintain a better relationship with their players than other sports. The league also promotes its players better than the other sports. So, relationships are important, but the NFL is even above relationships; it’s a machine. The machine right now has some ball bearings missing though, it needs to straighten out its problems.

JWS: Last Thursday night’s NFL season opener (on NBC & NFL Network) between Atlanta and Philadelphia experienced a 10-year viewership low for the league’s kickoff game (-13% YoY). Why wasn’t there more interest in opening night? If you were an NFL owner, would you be worried about declining viewership?

They’re (the NFL) having issues that they shouldn’t have. The Nike commercials should not supersede their season opening and it did; it became part of the theme of their opening. That’s their fault. That’s them leaving a problem lingering. When you have a problem, solve the problem. Their running away from the problem and hiding under the covers, and trump has buried them on this issue. Absolutely buried them. They’re (NFL owners) afraid of him. Trump plays directly to his base. He’s fearless. They’re scared to death to upset anybody. Trump treats it (player protests) as an issue that’s a positive and plays it directly to his base, so he is playing offense. They’re playing defense.

I don’t worry about that (declining attendance), they’re (the NFL) still so far ahead. They (NFL owners) don’t want any more slippage. That’s what they’re worried about.

Howie Long-Short: On Monday, the Alliance of American Football (debuts on February 9th) announced it would be introducing a mobile betting platform that will enable fans to watch the game and place in-game bets on the same screen. MGM will serve as the league’s exclusive in-game gambling partner and host the gambling business on their app (as the licensee) for the league’s first 3 seasons. The partnership will enable MGM to better assess odds and offer more props to bet on (think: speed of ball release), as they’ll have access to next-gen stats generated by wearable technology. That’s noteworthy, as the player’s unions of the Big 4 sports leagues all vehemently oppose the sharing of data collected by wearable technology.

MGM is currently licensed to conduct business in just NV and NJ, but remember back in August the company signed a market access agreement with Boyd Gaming giving it the ability to operate in 15 states.

Despite “solid second quarter results” (revenue +2%, EBITDA +3%), MGM failed to meet analyst top and bottom line expectations in Q2 ’18; news that caused a -9% decline in the share price. CEO Jim Murren attributed the misses to waning demand (i.e. bookings) at the company’s Las Vegas casinos (Caesers reported the same problem). Despite the Q2 shortfall, Murren said he expects Q3 to be the best in company history; he also reiterated the company’s plan to repurchase $600 million in “ridiculously undervalued” stock. MGM shares will open on Monday just below their 52-week low at $26.95.

Fan Marino: Speaking of start-up football leagues, at least 3 (Alliance of American Football) will debut in the next 2 years. Is there room for a spring football league? Can any of these leagues be successful?

Mike: No chance, no how. The chance is zero. I’ve said it many times before, there is no room for another football league. This league (the NFL) consumes all. There’s no room in terms of stadium leases, cities, players or sponsors; there’s no room for anybody else.