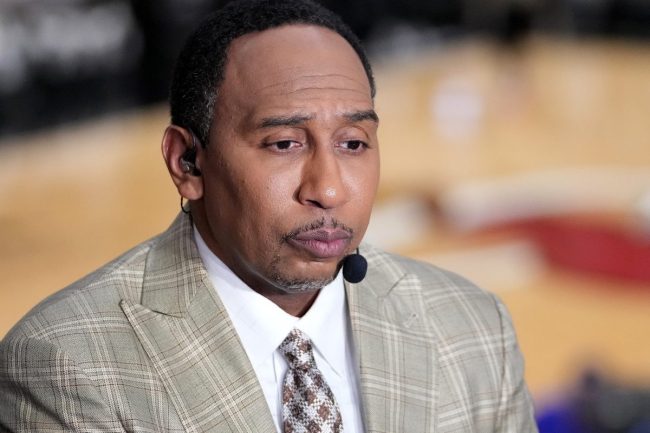 Stephen A is not a happy Yankee fan.

After watching his team struggle since its return from the All-Star break, it seems that the First Take co-host has finally seen enough. While on air Wednesday morning, Smith unleased a long-winded rant on the threats that surround the franchise. He also forewarned manager Aaron Boone about his future in the Big Apple.

He first commented on the current state of the Yankees’ team, calling them “flat out trash,” before diving into the real issue. The New York Mets.

Here’s his full quote from the clip.

“The Yankees, you look like trash right now. You look like flat out trash. You’re worse than how it smells from the sewers in the Bronx. And I was born in the Bronx. I know what the hell I’m talking about. I’ve taken the D-train many times in my life. I’ve got family on Webster Avenue for crying out loud. Y’all are straight garbage! There’s more expected from the New York Yankees.

Aaron Judge, you got 46 home runs, I appreciate that. But damnnnn, you were 0-4 last night [as if no one has ever done this before in the history of the sport], 1-14 over the last four games. While y’all are bleeding, 1-6 in your last seven games. First time you’ve scored a run in three to four games. Come on y’all!

The New York Mets are coming… They’ve got an owner that’s the closest replica to George Steinbrenner. Steve Cohen’s got money, and he’s willing to spend… Let me tell you what can’t happen in New York City, Aaron Boone, if you want to keep your job. The Mets can’t be in the World Series and the Yankees home.”

He then closed by saying that Hank and Hal Steinbrenner wouldn’t accept being worse than the Met (even though Hank died two years ago).

Fans were quick to chime in on the ridiculous rant.

The Yankees have certainly struggled in the month of August, going just 3-11 through 14 games. They’ve lost five straight series for the first time since the 2005 season. Whether that’s been due to the Curse of Joey Gallo is still up for debate.

And while Smith might have family on Webster Avenue, it certainly does not sound like he knows what the hell he is talking about.

Judge has been the heart and soul of this team, and every superstar goes through a slump. The Yankees are also still 10 games up on everyone in the AL East despite the recent struggles.

It seems unlikely that Boone would be fired with his team still competing for the top spot in the American League.

New York fans didn’t seem to care too much about what he had to say.

This guy is really pointing the finger at judge lmfao

How many games have you actually watched this season? Be honest

Does Stephen A realize Hank has been dead for 2 years? He mentions him as if he has any ability to right the ship…..from the grave. It’s all Hal

A crying toddler knows more baseball than Stephen A

New York will look to turn things around as the second half of the year continues. No matter what happens, I’m sure very few will ask Smith’s opinion on the season moving forward.