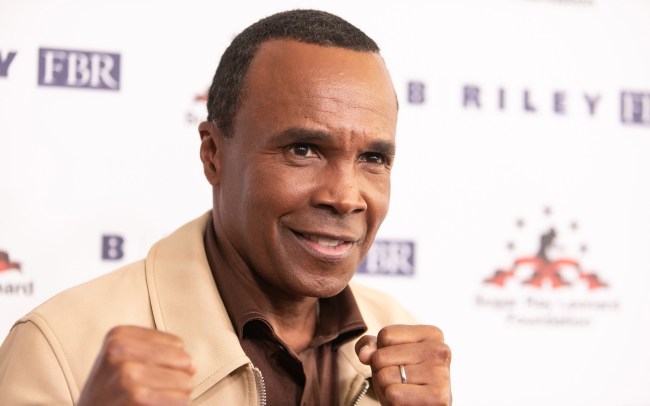 Boxing great Sugar Ray Leonard was the first boxer to make more than $100 million in purses, paving the way for fighters like Oscar De La Hoya, Manny Pacquiao, and Floyd Mayweather to reach astronomical paydays in the sport of boxing.

Now, the 63-year-old Leonard is looking to liquidate some of that net worth in the form of a sale of his home of nearly 50 years — a massive mansion and estate in Pacific Palisades, California.

According to a press release (yes, this home warrants special media coverage)…

The approximate 16,773 square-foot, seven-bedroom main home, designed by renowned architect Richard Landry and interior design firm Hendrix Allardyce Design, was built by the Leonards 22 years ago. The villa entrance welcomes guests with a beautiful ivy-covered façade, grand motor court and a garage nestled gently to the side, all behind double gates offering unparalleled privacy and security while seamlessly blending modern luxury and the enchanting elegance of Old-World aristocracy. A second entryway provides access to the property grounds for additional privacy and convenience.

“This home has been a peaceful oasis offering incredible privacy and superior amenities to raise our family,” says Mrs. Leonard. “We’ve been blessed to have a space allowing us to host both intimate family gatherings and sizable fundraisers. My hope is that the future owner will cherish this home as much as our family has.”

There is also a detached two-story guesthouse adjacent to the pool that features a lower level kitchen, which is ideal for pool-side gatherings and second floor guest bedroom and bathroom.

I’ve always wanted a place that’s ideal for pool-side gatherings, even if it is just a guest house. Wonder how much he wants for just that?